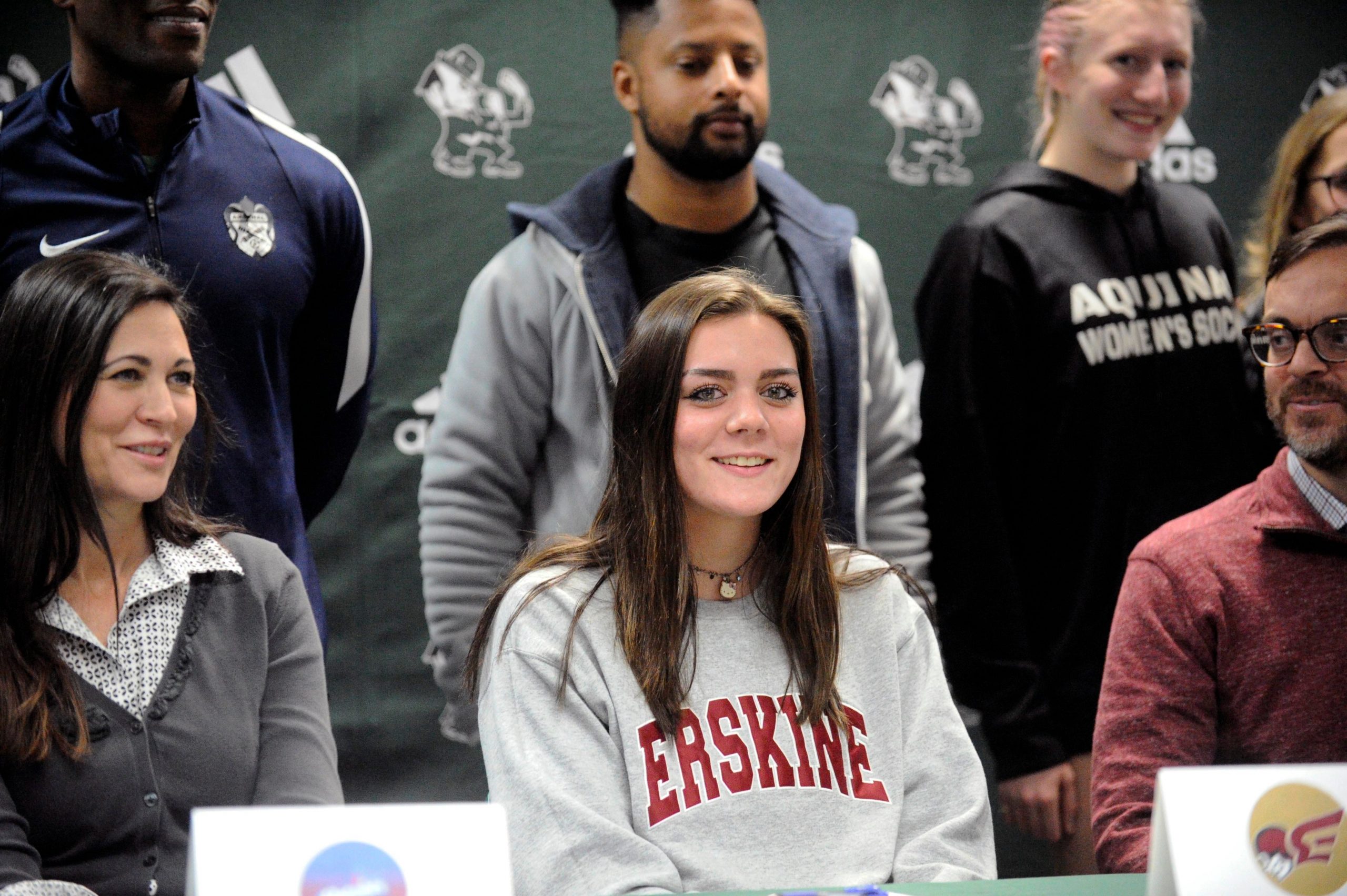 During a ceremony Wednesday, he remembered being handed a baseball one time and immediately shifting his thoughts back to the football field.

In the latest stage of his athletic legacy, Vandiver became the first Augusta Christian football player since 2017 to sign a national letter of intent when he signed to play football at Division II Shorter University.

“It means a lot to me, especially with COVID going on,” Vandiver said. “I know a lot of guys who are in my class and don’t have the opportunity to sign.”

His move to Shorter University, in a way, will be similar to his experience at Augusta Christian. The Lions re-built their football program the past three years. Many juniors on last season’s team played varsity as freshmen.

Shorter is building, too, with coach Zach Morrison entering his fourth year in charge (and third season after each game in 2020 was canceled due to COVID-19).

“The coach is building something out there,” Vandiver said. “He’s got a lot of guys that come from winning programs. He went there himself. He’s in the Hall of Fame at Shorter, he’s a Christian guy and I like his vibe.

“He’s a real up-standing, tight guy from what I can see and they’re looking to build something there, brick by brick, so I’m glad to be a part of it and see what we can do.”

Vandiver’s name painted all over the Augusta Christian football history book. He’s the all-time leader in receiving yards and receptions and finished four touchdowns shy for that career mark. Vandiver is confident he will replicate that production at the college level.

“I’m chasing things, big things,” Vandiver said. “My dad went to Evans, in my opinion, one of the best quarterbacks to ever come out of there. So I’m chasing the legacy that he left behind and hopefully I can do that at the next level.”

Vandiver is also confident he’s the first in a long line of Augusta Christian players to sign to play football at the next level. He’s says his move to a college football program should start a trend among his former high school teammates.

“If I can open any doors for them, I’m going to do it,” he said. “They work hard to get here themselves. I’m just going to crack the door and they’ll bust through it.”

Taylor shines in debut as FMU women return to the court