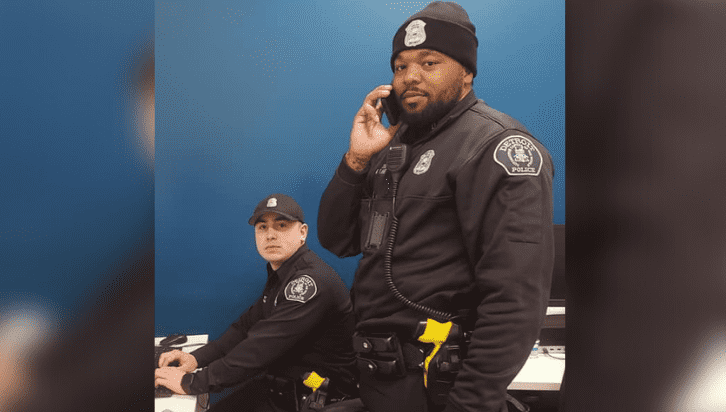 Two Detriot police officers are being lauded for their extreme caution on duty after they managed to rescue four young children who had been kidnapped earlier this week. In a Facebook post, shared on Thursday, the department revealed how the two officers from the Eighth Precinct made the discovery during a traffic stop routine after a car ran through a red light.

When the cops approached the driver and questioned her about breaking the traffic rules, she told them she was in a hurry to drop her kids off at the school, according to FOX2 Detroit. The children in the vehicle were of ages 6 to 10.

It was the woman’s inability to answer an obvious question that alarmed the officers. “When the officers asked her, what school do they attend. She could not give a good answer,” read the post on Eighth Precinct Community’s Facebook page. “They escorted her from the car and questioned the child, simply to the eldest child, age 10, ‘do u know this woman?’ The 10-year-old shook his head,” it continued. Having understood the situation, officers Flannel and Parrish arrested the driver, who had kidnapped the children when they were on their way to school.

“It was later determined she had kidnapped the children on their way to school. Four children ages 10 to 6 were forced into the vehicle,” it noted. Congratulating the pair for potentially saving 4 lives, they wrote, “These 2 officers exercised excellent police investigate skills, in doing so they were able to take a kidnapper of the streets, and safeguard the 4 children from any hurt, harm and danger. Outstanding work to Officers Flannel and Parrish, two of the hard workers in the Eighth Precinct.”

Back in July, two Phoenix officers saved a pair of siblings after their mother accidentally locked her car and left the keys in the minivan. The incident unfolded around noon in the parking lot of a business near 48th Street and University Drive. Officers found the kids locked inside after receiving a call about an injured person in the lot. There was a 2-year-old and 2-month-old, who had been accidentally locked inside the minivan. When the mother, who was standing next to the vehicle, told them that the A/C was not on and the windows were rolled up, the cops knew they had to act quickly in order to save the children who were inside a potentially oven-like atmosphere.

Sergeant Mercedes Fortune with the Phoenix Police Department revealed that the officers receive training on how to respond to such calls. “Some officers carry with them tools which allow them to gain access to vehicles or residences during emergencies. In this case, our officer had a window punch which enabled him to break the window,” he explained.

Thankfully, the officers’ quick thinking helped get the child out of the minivan. “Phoenix Fire personnel arrived and ensured that the kids were not in distress or had any other heat-related medical conditions,” said Fortune said according to AZ Family. “With our extreme heat, it only takes minutes for the interior temperatures to turn deadly. A window is replaceable, a life or the health of a baby is not,” he noted.