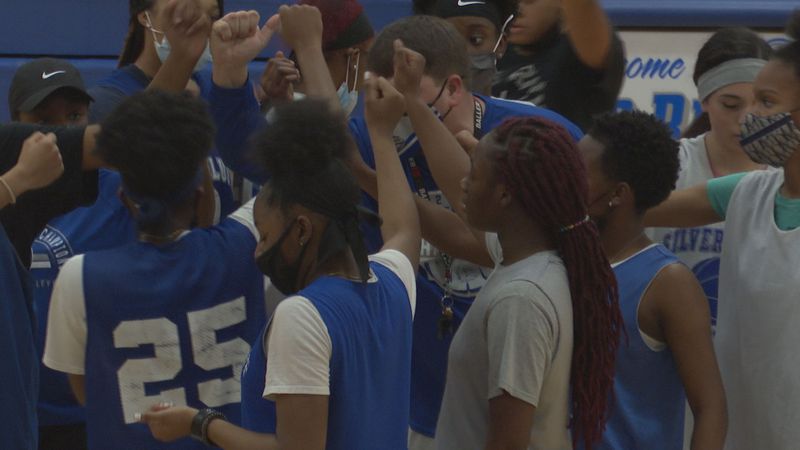 AUGUSTA, Ga. – A Westminster basketball player is already receiving some major Division One attention, and she’s only 13.

We introduce you to Rania Curry, an eighth-grader who is leading her team to the state playoffs.

But basketball wasn’t always a passion for Rania.

“My whole life I hated sports. I was a really girly girl.”

It wasn’t until she picked up a basketball in fourth grade that she found her love for the game.

“I started going to training, asking my mom like, ‘Can I really play? I really enjoy this. I want to pursue this when I get older,’” she said,

And even though she’s still in middle school, Rania plays on Westminster’s varsity team, leading the Wildcats in scoring.

“She’s basically a coach on the floor. It’s hard to find somebody who’s got enough basketball maturity to make the kind of decisions you have to make from the point guard position, to excel and to have your teammates excel,” Westminster Coach Greg Wilson said.

In the first round of states, the Wildcats found themselves tied with less than two seconds left. And there was no doubt who was getting the ball.

And there was no doubt in Rania’s mind.

“Even though I was missing the whole game, it didn’t cross my mind once that, ‘Oh I’m going to miss this shot.’ I was like once I get this, I’m going to the basket and we’re going to win.”

“I knew in that last second that we needed the ball in her hands, and I knew she’d make that last layup,” Coach Wilson said.

And it only opened more doors for her. When she was just in seventh grade, Rania got a Division One offer from Jacksonville University.

“I was surprised. I just didn’t expect it. I was just like wow I really did this.”

But her coach says Rania’s limits go much higher than that.

“The sky. There’s no doubt,” he said. “She’s going to have so many offers, she won’t be able to keep up with all of them.”