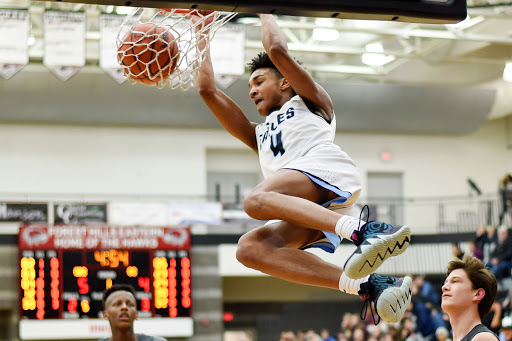 AUGUSTA, Ga. – A season ago, the Cross Creek boys basketball team made it to their first ever state championship. They ended up falling to Woodward Academy and the goal has been to get back ever since. The team thinks they’ve improved overall and while it is an exciting time, the key theme of this state championship run is unfinished business.

“Since we lost last year, that’s been the focus that’s been the mindset going into it. So it’s very exciting at this moment for these guys, the community, to be playing this late in March,” said head coach Lawrence Kelly.

“It’s really more of a business trip. We’ve got a lot of unfinished business from last year. People are still doubting us, so we have to make sure we take it this time,” said Cross Creek senior Josh Dorsey.

The Razorbacks did graduate a few exceptional seniors after last year’s run, but plenty of underclassmen have now been on the big stage before. The team is hoping that last year’s experience, the good and the bad, will be one of their many advantages this time around.

“You know some of us have been there before. So we know what to expect. And we’ve got some younger guys that haven’t been there. We can kind of just talk them through it and play as a team to get the win. We finna go out here and give it our all. Play hard. We’re going to bring it home. We’re going to come home with a win,” said senior Devin Pope.

The 2021 team mirrors the 2020 team in plenty of ways. Like last year, one of their key players, Richard Viscitation, transferred in for his senior year like Mekhi Becton did a season ago. Corey Trotter, Pope, and Dorsey are all players who got plenty of minutes in last year’s game and will be keys to make sure the team has a level head leading up to and playing in the game.

Cross Creek will be going up against 5 star Auburn commit Jabari Smith and Sandy Creek on Friday at 2:30 in Macon.