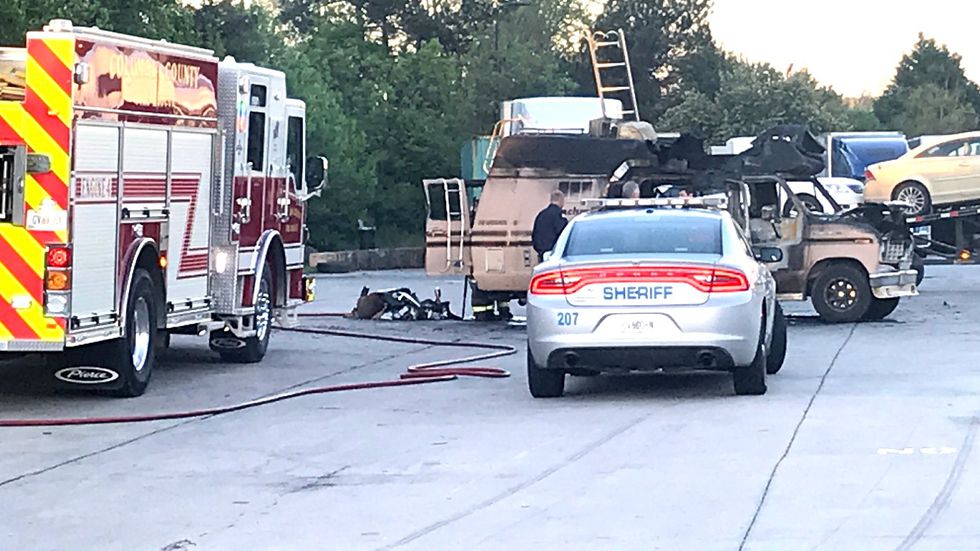 MARTINEZ, Ga.  – Authorities identified the man who died in a camper van fire Monday at a Columbia County gas station, even as the state insurance and safety fire commissioner released more details about the incident.

It happened around 3 a.m. at a Pilot gas station at Jimmie Dyess Parkway and Interstate 20 on the south edge of Martinez, according to authorities. The Columbia County Sheriff’s Office said a man filled up the van with gas and then parked in the rear of the Pilot. A short time later, “the clerk and a witness heard a loud boom,” sheriff’s Maj. Steve Morris told News 12. When they walked outside, they saw the van on fire.

Crews found a body in the van after they put out the fire.

The man was identified as William Andrews, 63, who lived in the CSRA , the Columbia County Coroner’s Office said Tuesday afternoon. He had three children, and his LinkedIn profile shows a range of positions throughout his career, many of them in the nonprofit and public sectors.

“Video shows the deceased pumping gasoline into an unidentified container and subsequently entering the gas station to purchase a lighter,” King said Tuesday afternoon in a statement. “Approximately thirty minutes after departing, the gas station employees heard an explosion and witnessed a van on fire in the back parking lot.”

King said his office is assisting the Columbia County Fire Department in this investigation.

The cause of the fire is under investigation, but an incident report from the Columbia County Fire Department sheds light on the situation crews found as the 1988 Ford Econoline 250 van burned.

“Heaviest fire load at time of arrival was in the passenger living area,” the Columbia County Fire Department stated in its incident report on the blaze.

After the fire was out, “Extrication tools were used to access locked areas of the vehicle. One deceased occupant was found inside the vehicle in the passenger living area,” the report states.

At the scene, the fire appeared to have affected the engine compartment as well as a roof extension shell on top of the van.

The Columbia County Fire Department reported that the area of origin, heat source and first item ignited were undetermined. Its report stated there were no human factors contributing to the fire’s ignition.