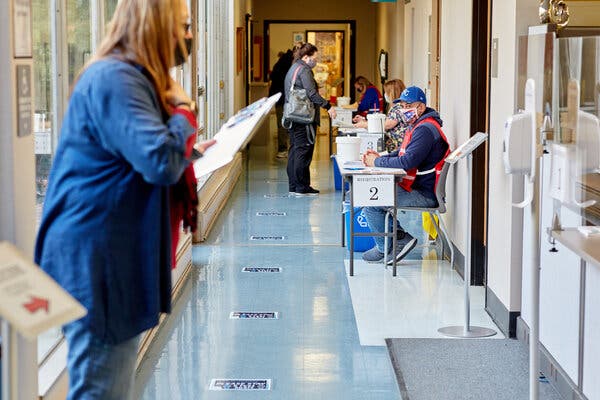 AUGUSTA, Ga. – As scientists detect both the United Kingdom and South African variants of COVID-19 in the two-state region, Georgia and South Carolina health leaders are focusing on how to improve their vaccine rollouts.

“The difficulty as always is the very limited supply of vaccines we have right now. We don’t have enough vaccines right now for everyone who’s in Phase 1A, currently,” said Dr. Michael Kacka from the South Carolina Department of Health and Environmental Control.

The state’s health leaders have faced criticism about where teachers fall on the list when it comes to getting vaccines, as many still have to come to school for face-to-face learning. Health leaders the current step in the rollout — Phase 1A — was designed to limit illness and death, focusing first on health care workers and those in long-term care facilities.

“Teachers are obviously very important frontline workers who may be at risk of exposure, and we do take that under consideration,” Kacka said. “The problem is we still have several weeks of 1A to go because of the limited supply of the vaccine.”

For those who do fall in Phase 1A, many don’t live in or have transportation to the larger cities where we’ve seen mass vaccination sites.

Gov. Henry McMaster says he wants people over 65 to be added to Phase 1A before the state moves on to Phase 1B, which includes teachers and other essential workers.

McMaster would also like to see faster distribution. He made an appearance Monday as Prisma Health gave out its 100,00th vaccination.

“It is now time for the pharmacies to do the same thing the hospitals have done and that is kick it into gear,” he said. “We gotta get our pharmacies moving and rural health centers because that’s where a lot of people are, and that’s the rest of the playing field, and we gotta get everyone out there working.”

According to DHEC, the Becker’s report uses data from the Centers for Disease Control and Prevention to provide a uniform comparison of vaccine usage among states. It shows the rate at which doses are used based on the total number of shots given out of total doses received.

As of Tuesday morning, South Carolina had administered about 420,000 vaccine doses. That’s about 57 percent of the doses the state has received so far.

What’s the situation in Georgia?

Gov. Brian Kemp’s office says public health departments and other providers are being forced to “pause” appointments for people hoping to get vaccinations.

Kemp spokesman Cody Hall says the problem is a lack of adequate vaccines shipped to the state. Hall says Georgia’s weekly allotment of vaccines is about 146,000, and officials don’t expect that number to increase in the short-term.

The Georgia Department of Public Health reported 950,000 vaccines have been administered. That’s about 66 percent of all the doses the state has gotten so far.

Kemp says the state is not planning on expanding the vaccine phase.

“I continue to hear the concerns of other groups eager to get the vaccine,” he said.

“My message is the same: At this point, we do not have the supply to expand our vaccine population.”

Georgia State Rep ensuring vaccinations for those without internet, transportation