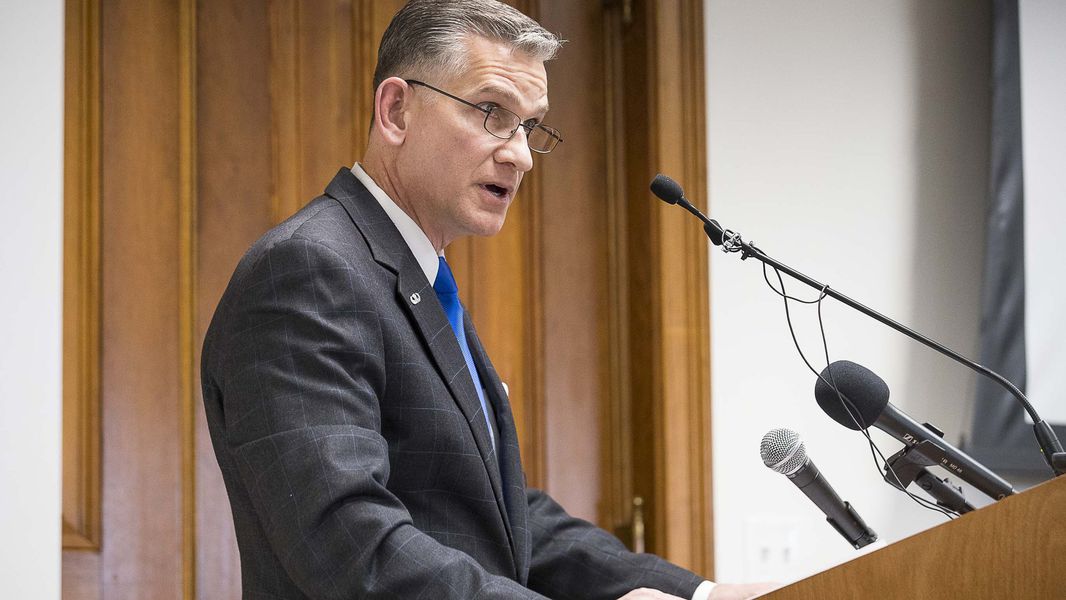 GEORGIA – The acting U.S. attorney for the Northern District of Georgia, whose predecessor abruptly resigned one week ago after President Trump complained officials were not doing enough to find election fraud in the state, declared on a call with his staff Monday that “there’s just nothing to” the few claims of fraud the office was examining, according to an audio recording obtained by the Atlanta Journal-Constitution.

On the call, Bobby Christine, who also serves as the top federal prosecutor in the Southern District of Georgia, suggested that he was surprised to learn the office had not found significant election fraud issues.

“Quite frankly, just watching television, you would assume that you got election cases stacked from the floor to the ceiling,” Christine said, according to the Atlanta newspaper. “I am so happy to find out that’s not the case, but I didn’t know coming in.”

A spokesman for Christine’s office declined to comment Tuesday.

The Washington Post reported last week that Christine brought with him from the Southern District two prosecutors, Joshua S. Bearden and Jason Blanchard, who previously had been assigned to investigate election fraud matters. He also brought in former federal prosecutor Matt Hart, a lawyer in Birmingham, Ala., who previously handled public corruption cases, on a contract basis, people familiar with the matter told The Post.

The additions unnerved current and former officials in both the Southern and Northern districts of Georgia, particularly in light of the abrupt resignation of Christine’s predecessor, Byung J. “BJay” Pak.

“Mr. Pak’s forced resignation against the backdrop of White House insistence to prosecute purported election offenses is then followed by the curious appointment of an outsider who immediately brings in election prosecutors from outside the district — it all gives rise to a ready inference that the newcomers are willing to pursue what was troubling enough to cause Mr. Pak to resign,” said John Horn, a former U.S. attorney for the Northern District of Georgia.

Christine said on the call with the Northern District staff that he brought the two election fraud prosecutors to tackle what he expected would be a “dump truck full” of election files. Instead, he found “very, very few” and dismissed two cases on his first day in office.

“We don’t have these huge colossal issues that if you turn on the TV, you’d think it’d be,” he said.

A Justice Department official said Tuesday that the two attorneys Christine brought from the Southern District had returned to their home office.

Trump had been upset with what he perceived as a lack of Justice Department action on his unfounded claims in Georgia and across the country, according to people familiar with the matter, who spoke on the condition of anonymity to described the president’s views.

The Justice Department has declined to comment on Pak’s departure.

His exit came just a day after The Post reported on an call in which Trump urged Republican Brad Raffensperger, the Georgia secretary of state, to “find” enough votes to overturn Trump’s election defeat in the state. In the same conversation, Trump cited a “never-Trumper U.S. attorney” in Georgia — a possible reference to Pak — and hinted vaguely and baselessly that Raffensperger’s refusal to act on his unfounded fraud claims constituted a “criminal offense.”

In announcing his departure, Pak released a statement saying that he did “my best to be thoughtful and consistent, and to provide justice for my fellow citizens in a fair, effective and efficient manner.” He has declined to comment further.

Christine was then directly installed in the post by Trump — bypassing Kurt Erskine, a longtime federal prosecutor who had been Pak’s top deputy and would have otherwise assumed the role.

Officials with the office of the Georgia secretary of state have been saying for weeks that President-elect Joe Biden’s narrow victory in Georgia was free, fair and untainted by widespread fraud.

In his Jan. 2 call with Trump, Raffensperger rejected the president’s entreaties to “find the votes” to overturn the results in the state and insisted his assertions about fraud were wrong.

“This is what we’ve been saying all along,” Gabriel Sterling, a top Raffensperger aide, said Tuesday after the Christine call leaked. “The facts are the facts. The evidence is the evidence. It has clearly shown through multiple law enforcement agencies at the state and federal level that there is simply not enough evidence of widespread voter fraud that would change the outcome of the election.”

Georgia Lawmakers Will Look at Voting, HOPE Funding and More