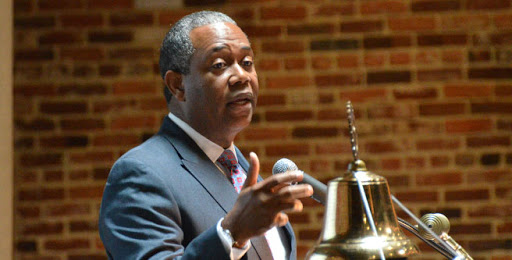 AUGUSTA, Ga. – Mayor Hardie Davis’ proposal to create a panel to review mayor and commissioner salaries, the structure of the government and other details isn’t setting well with some on the Augusta Commission.

“I just figured, a Blue Ribbon Committee to do what?” Commissioner Ben Hasan said. “I’d like to know what we’re trying to accomplish before we get there. Do we have any concerns? A lot of times it might not be the charter – it might be the people.”

Davis announced the need for a committee last week after commissioners discussed whether to increase their and the mayor’s salaries in a closed-door session. David Hudson, attorney for Georgia Press Association, said the conversation was far outside the exception to state open meeting laws allowed for discussion of a specific employee’s performance and salary.

Davis has said the panel would resemble a review committee used in Athens. The 21-member Overview Commission, created in the charter that formed the Athens-Clarke County Unified Government, is appointed by the grand jury to a one-year term during which it is expected to conduct a full review of government operations at least once every 10 years.

Commissioner Francine Scott and several others said they had little or no information about Davis’ proposal and were reluctant to support it.

“I’m not in favor of blue ribbon panel as of yet because I’m not sure what It would do and who would be on it,” Scott said. “I don’t think it’s something that we need. I think the commission can come together as a body to come up with recommendations.”

Scott and others on the commission including Hasan and Dennis Williams do support considering increasing their salaries, which are approximately $15,000 to $17,000 annually plus insurance, a gas and travel allowance and other perks.

“I think that’s something we should look at. I don’t think there’s been a raise for the mayor and commission in quite some time,” Scott said. “I know we can’t do it in a vacuum – we have to be transparent in how we’re doing it and make sure (the salaries) are comparable with a city of this size.”

Under state law the increases could not go into effect until after the next election cycle for the mayor and five commission posts, and Davis, Hasan and Williams can’t seek third consecutive terms.

Asking for more money now “is insulting to the citizens and taxpayers of Augusta at this time and I will not participate in it,” he said.

Clarke said members knew what the part-time salaries were going in.

“The commissioners are not set up to be a full-time job. If you choose to do more than part time the way that I do that’s on me. It’s because I want to and I enjoy it and I enjoy dealing with my constituents,” he said.

Commissioner Catherine Smith McKnight said she knew little about the blue ribbon committee and did not support raising commissioner salaries.

“Everybody would like a raise these days, but this is just not the time,” McKnight said.

Davis has proposed the committee take a comprehensive look at the government, which would include its structure and allocation of duties. Its lack of a powerful chief executive – Davis’ authority is largely ceremonial, and the city administrator lacks direct authority over department heads – has been cited as inefficient and unwieldy, and the lower salaries are blamed for a lack of interest in the positions.

“It will be interesting to hear this discussion tomorrow, because I really don’t know enough about it,” McKnight said.