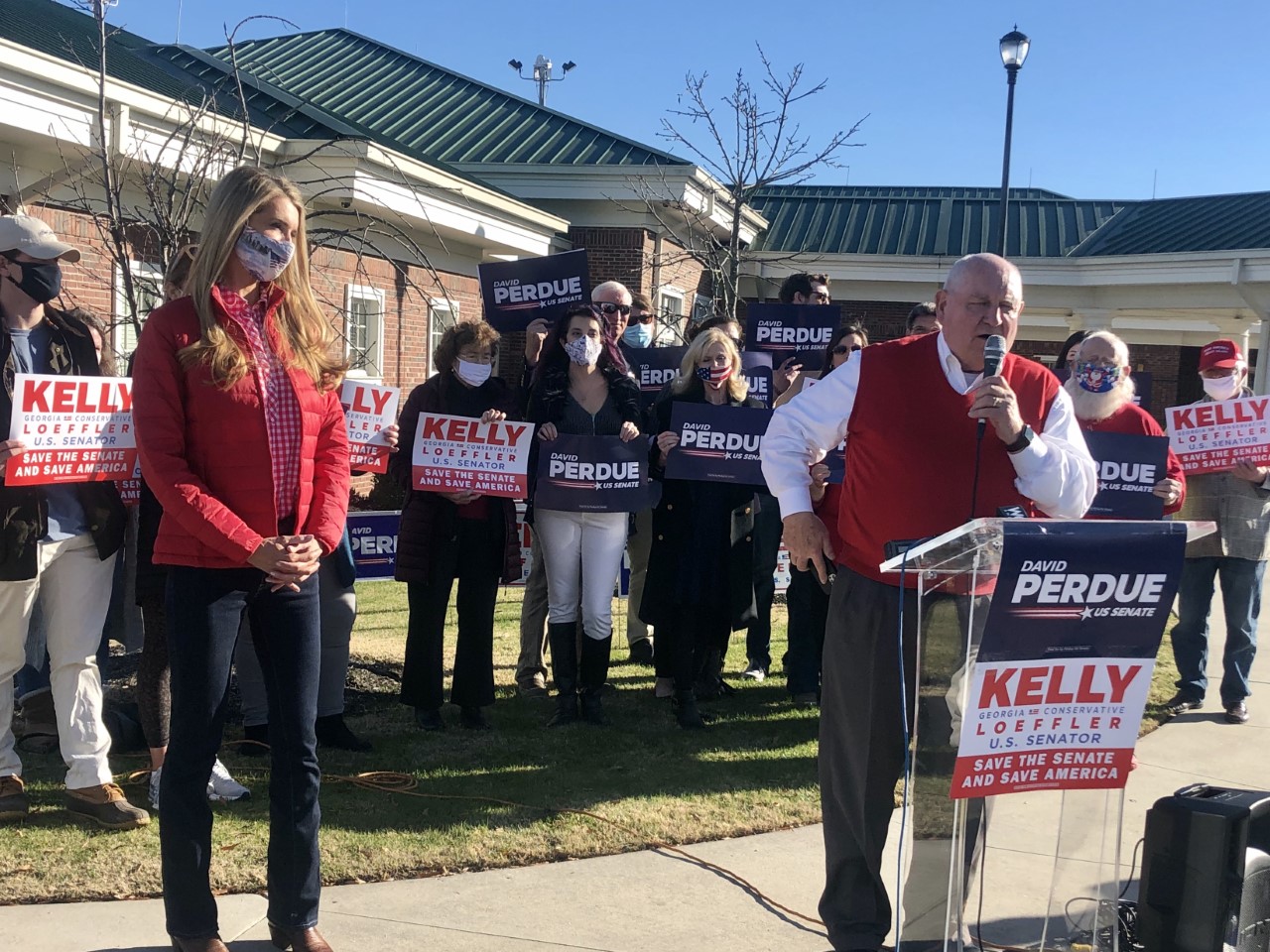 AUGUSTA, Ga. – Georgia voters will decide Tuesday what direction the state and nation will go in. As Democratic challengers, Jon Ossoff and Rev. Raphael Warnock rallied voters in the Garden City Monday, Senator Kelly Loeffler and Secretary of Agriculture and former Georgia Governor Sonny Perdue made a campaign stop at Augusta Regional Airport.

“If you have not voted, please by all means let your vote count. It’s the most precious right we have. It’s the private vote of our own souls and hearts and that’s what’s at stake,” said Sec. Perdue.

The Richmond County Board of Elections reports nearly 51,000 people voted early this time around.

Sec. Perdue said, “Really, I believe the future of the world is at stake with these two races.”

Senator David Perdue called his cousin Sonny during the rally. He said he and Loeffler will put a stop to socialism.

He affirmed, “We’re trying to protect everything we accomplished in the last four years and to protect against this racial, socialist agenda.”

“The Democrats would usher in socialism. And we know that because Chuck Schumer told us, now we take Georgia, then we change America. But what does that mean? That means changing America into a government-centered society,” said Sen. Loeffler.

Loeffler also addressed school choice and healthcare issues while in Augusta. But if elected, she said getting economic and medical coronavirus relief to every Georgian will be the top priority.

She added, “We helped bring $47 billion of relief to Georgia. David Perdue and I just voted to pass an additional $900 billion to make sure we’re addressing those needs. Whether it’s the vaccine delivery, funding for small businesses, unemployment top-ups, eviction moratoriums. Helping our families and our small businesses get through this, we need to keep our focus on that.”

It’s runoff day in Georgia: Here’s what you need to know