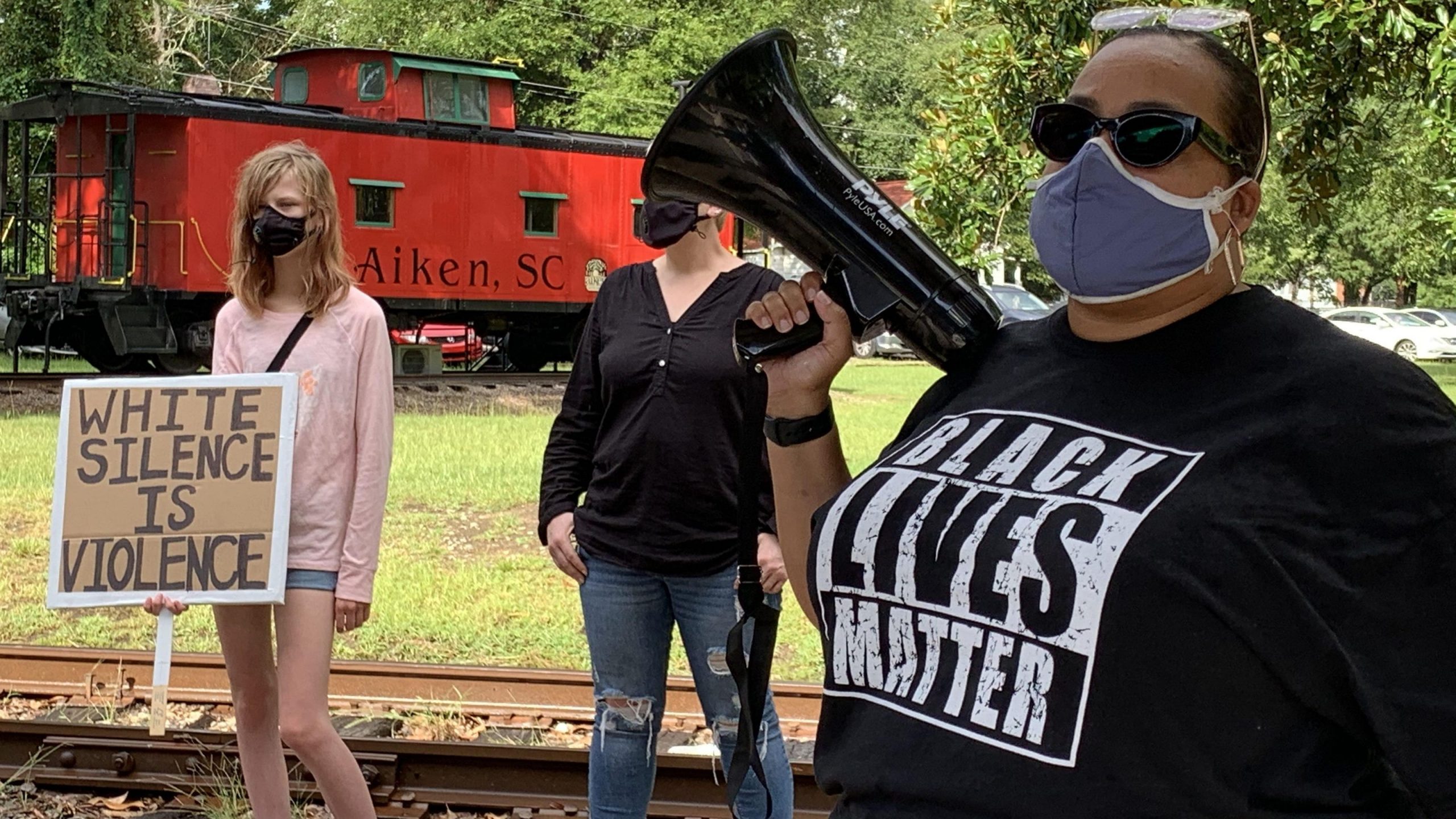 “I just felt like someone needed to step up, and I was willing to do so,” she said. “But at the same time, I wanted to do something more than just protest.”

Mitchell, 35, took the experience she gained from her involvement in CSRA Kids, an online community guide for families in the Augusta area, and created Unify: North Augusta, a grassroots movement dedicated to solving issues facing African Americans in her city.

Since Floyd’s murder in May, there has been significant public outcry for police departments to be defunded or dismantled. Four Minneapolis police officers were charged in his killing.

Mitchell would not state her feelings on the issue of defunding, but said there should be a discussion with public safety officials on the best course of action. She and Unify have started discussions with North Augusta Public Safety Chief John Thomas about issues such as body cameras and establishing a citizens review board.

“We also talked about general health,” Mitchell said. “I brought up the recommendation that … at least once every three months (police) undergo some type of therapy or something like that so we can focus on the mental health of the people that serve our community.”

One of Unify’s primary tasks has been getting the Meriwether Monument in Calhoun Park removed. The monument, dedicated in 1916, honors Thomas McKie Meriwether, the only white person to die during the Hamburg Riot of 1876, a violent protest by a white mob against the Reconstruction Era that killed seven African American men in the market town of freed Blacks.

“I have a 6-year-old daughter … every year, we sit at that park and we celebrate the birth of Jesus Christ together … and our kids dance and play around that monument,” Mitchell said. “Think about that: Children running around a statue that is dedicated to white supremacy. What does that say to our children?”

Mitchell has organized several protests around this issue. The first one on June 20 drew a large crowd. Over the past few weeks, she has invited her neighbors to join her in front of the monument for prayer and protest, marching back-and-forth and speaking into a bullhorn for all to hear.

The more recent protests have drawn smaller handfuls of supporters, but Mitchell speaks with the same passion no matter how many show up. Those who have attended, like residents Barbara Owens and Rushunda Lett, appreciative the spotlight that has been put on this controversial landmark.

“I live a block and a half away,” Owens said. “I have never come to this park, I never even walked my dog down here all these years because I just found it offensive.”

“I think it’s atrocious that we have it in downtown North Augusta and the fact that they don’t want to tear it down but they also don’t want to teach about the history behind the statue,” Lett said.

Mitchell said her goal is to make North Augusta a better community for her family. She knows this sort of movement can paint a target on her back, but her husband, Lamar, said he stands steadfastly behind his wife.

“She loves what she do,” he said. “She wants to be in the community, and she’s all about her community, so that’s part of who she is. She’s always been that way since I met her, since I married her.”

The movement gained a small victory July 21 when the South Carolina attorney general’s office called the monument “an abhorrent testament to Jim Crow,” but Mitchell said the work is far from done.

Fashioning a solution for an industry hit hard by pandemic

Keeping Pets Safe in the Event of a Fire