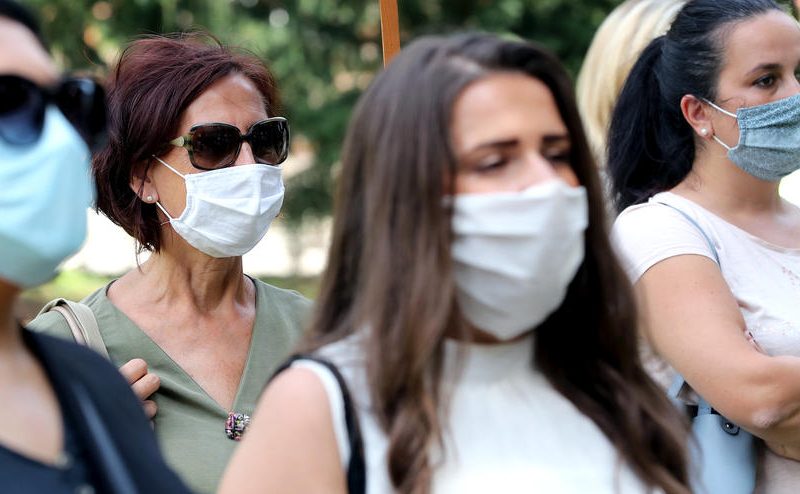 AUGUSTA, Ga. – Just like nearly everything else, the pandemic has put the fashion industry on hold.

So designers are getting creative with what they’ve got: the newest fashion trend, face masks.

Melinea Caballero is a fashion designer in Augusta.

And she says since the start of the pandemic, the modeling industry has taken a pretty big blow.

“The complete industry is shot,” she said.

So after sitting around the house, she came up with a creative way to keep the business alive — Models in Masks.

“The girls don’t have anything to do in the modeling world. I come with this idea because they can do it from home,” she said.

She would mail in the masks and the girls would watch a tutorial on how to do their own makeup.

And instead of crowds of people and runways, the models would take their own pictures, in the comfort of their own home.

She says it started with six participants from augusta, then it became something much bigger.

“Everyone wanted to participate, so i said we’ll just let it grow,” she said.

She says models in many different states participated, from adults up to age 79 to children as small as 4 years old.

“You can be safe and have fun at the same time,” she said.

They say the goal is to not only bring awareness of the importance of wearing maksks, but also to do it with style.

“We are all being able to identify with it in a different way,” she said. “We are still trying to make it work.”