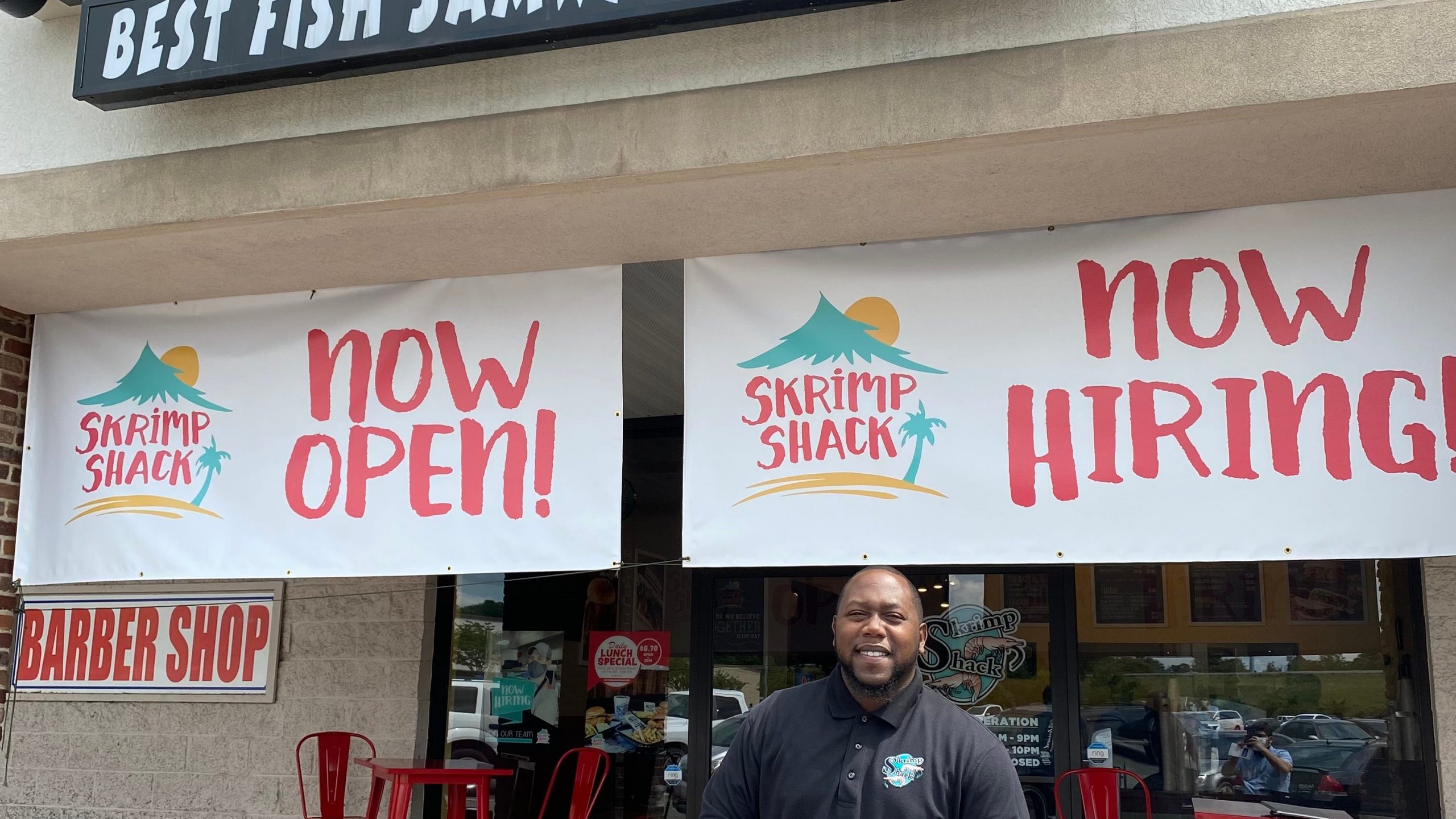 AUGUSTA, Ga. – In the past week, Bonita Smith has stopped at the Skrimp Shack off Windsor Spring Road three times, and she plans to stop by again in the near future.

“The warm welcome and the awesome food,” Smith said. “This was definitely, I believe, a gift God sent through the owners. This is the best fish sandwich in town.”

The seafood restaurant officially opened last week and has already gathered a steady stream of customers. The restaurant is a franchise, but it’s locally owned by Brandon Dotson.

Dotson grew up in the Newport News, Va., area and moved to Augusta, where he graduated from Greenbrier High School. He went to Albany State University and moved back to Augusta about eight years ago to be closer to his family.

Every time Dotson visited Newport News, he would stop by Skrimp Shack. About four years ago, he decided to ask if they franchise. He began to work on securing financing, developing a business plan and getting everything in order but ran into some problems.

“Not a lot of funding out there for first-time restaurant owners, so that took a while to save what needed to be saved. Then we ran into the whole COVID situation, which pushed things back a whole another year,” he said. “The original plan was to open a year ago.”

Dotson originally wanted to open May 2020 and then, later on in the year, but said it never felt like the right time.

Dotson was familiar with the south Augusta area and said they’ve been looking into the plaza, anchored by Planet Fitness, Food Lion and Sitel, for about two years and felt it was the perfect place to open a Skrimp Shack.

“This a very busy plaza. A lot of busy traffic, a lot of foot traffic,” he said. “It just makes sense.”

He liked the area because it was close to two high schools, fairly close to Fort Gordon and it was surrounded by businesses. He hopes south Augusta becomes a hub for other new businesses.

“We are located in the southside of Augusta, which at one time, was the business hub for Augusta. We are hoping small business like ours and many others will be the beginning of that revitalization,” he said.

Dotson said it means a lot to operate a Black-owned business in Augusta. He said Black people usually don’t get afforded the same opportunities as others and hopes his business becomes something the African-American community can be proud off. For those interested in following his footsteps, Dotson encouraged them to do the following things:

Dotson said owning and opening a business comes with a lot of sacrifices. After eight years, he left his job as a high school teacher and focused full time on opening the restaurant.

Dotson is appreciative of the support the Augusta community has shown his business over the past week. By the time the restaurant opened at 11 a.m., customers were already waiting to order.

Dotson said the goal is not only to provide great food, but provide a fun and safe environment customers can enjoy.

8,000 lbs of food went to local families in need over the weekend from local churches