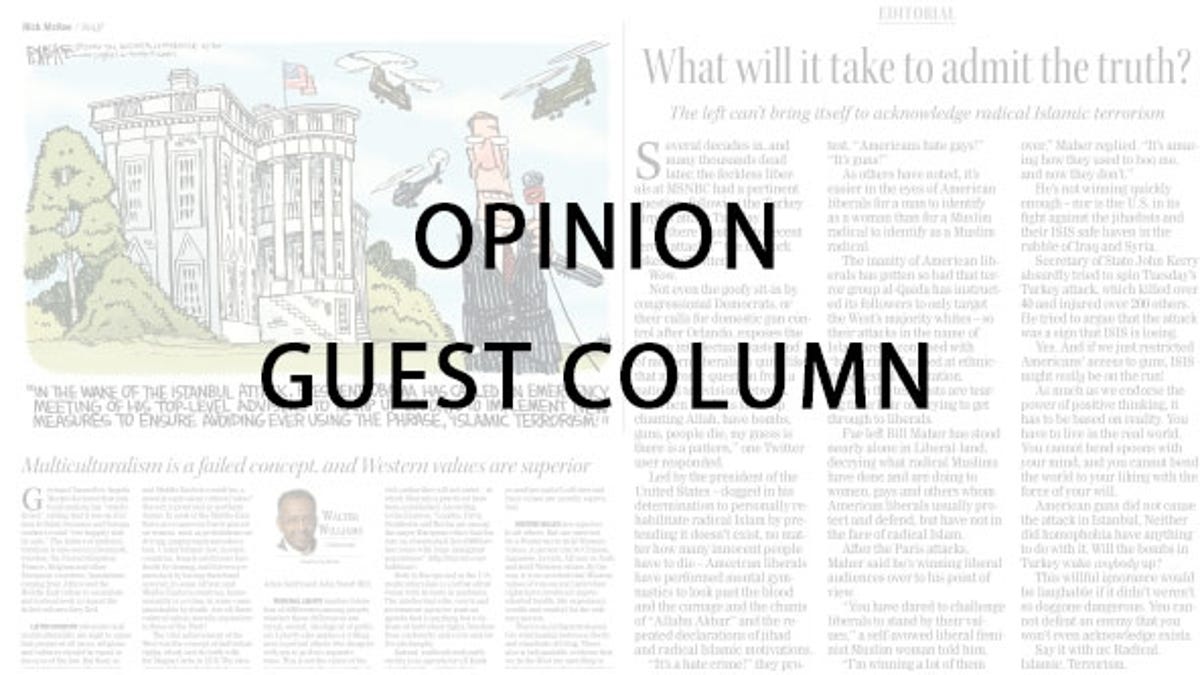 AUGUSTA, Ga. – As residents of Augusta and serving as chairman and vice-chairman of the Augusta-Richmond County Coliseum Authority, we aren’t ones to promote taxes, however, the  vote on March 16 on the SPLOST 8 program is one we are happy to advocate.

It is a tax paid by a great majority of people visiting from neighboring counties. It may appear that the Coliseum Authority is a bit partial due to the new James Brown Arena being earmarked to receive approximately 10% of the projected total budget. However we feel the proposed SPLOST 8 package is fair and based on the Coliseum Authority’s market analysis, the new arena project alone is worth a “YES” vote on March 16.

The SPLOST 8 program is a reasonable tax and is not a new tax but a continuation of a previously public approved $215 million SPLOST 7 program which resulted in improvements in public safety, quality of life, general government, Infrastructure and facilities and other government projects in Blythe and Hephzibah. It is a 1% sales tax paid by everyone that shops and dines in Augusta. You “pay as you go” so there is never the dreaded tax bill.

Many people who spend money here come from neighboring counties and Augusta also has the benefit of the Masters Tournament, which brings in millions of sales tax revenue from visitors. According to the Augusta Metro Chamber of Commerce research, estimates for visitor sales tax revenue range from a conservative 40% to a pre-pandemic calculation as high as 54%. As taxpayers of Augusta, we are supportive of any tax where over 50% of the collections come from non-residents.

The $250 million package proposed under the SPLOST 8 program addresses pressing needs such as infrastructure, quality of life and economic development and, as fiscal conservatives, it is refreshing that $16.5 million will be used to retire the Cyber Center parking deck debt.

Some may question why some money is dedicated to stormwater when we are paying a stormwater fee. The fact is there are more flood and drainage problems than the stormwater fee can handle. It is also worth noting that the quality of life projects include seed money for a water park that will spur private investment and retail growth in south Augusta. The $14 million earmarked for the Downtown Depot will attract developer activity and stimulate peripheral development throughout downtown. The $17 million earmarked for the juvenile court system and Richmond County Correctional Institute are great projects to check off the city’s to-do list without funding through property tax and the general fund.

The $25 million committed to the new James Brown Arena and Augusta Entertainment Complex allows the Coliseum Authority to continue planning and design work and allows the Coliseum Authority to stay on a timeline that would have Augusta enjoying shows in the new arena and expanded Bell Auditorium by October 2024. The timetable is also important so construction activities can occur while nationally large-venue revenues are down and the tourism and entertainment industries are recovering from the impact of COVID-19.

Based on a market analysis conducted by the Coliseum Authority, the measurable economic impact from direct, indirect and induced spending, over a 30-year period, is projected to generate approximately $436 million in net new earnings, create 400-plus new jobs and generate $28 million in new taxes. The economic impact will result in additional spending throughout the city, including restaurants, retail, service providers and hotels. The Coliseum Authority is dedicated to a significant percentage of this spending to go to local and minority firms.

Augusta is past due to build a new arena as the current James Brown Arena lacks the amenities and profit centers a modern venue allows. It is functionally obsolete and the community will benefit with an enhanced quality of life and civic pride. Spectra, the company that manages the complex, is consistently turning down touring shows wanting to route through Augusta because of the venue’s limited seating and rigging capacity. Also, cities within two hours with comparable venues are currently renovating and/or are building or have built new arenas in last 10 years.

Not only is the new James Brown Arena project worthy of a “YES” vote on March 16, the entire list city leaders have identified for the SPLOST 8 program will continue to be money well spent. Voters should not allow any single project not included on the final list to deter or turn them off regarding all the potential the SPLOST 8 program brings to Augusta. Let’s keep the fairest tax in place and keep pitching in our pennies to create a better Augusta!

AU experts explain: are opioids and overdoses being overlooked during the COVID-19 outbreak?