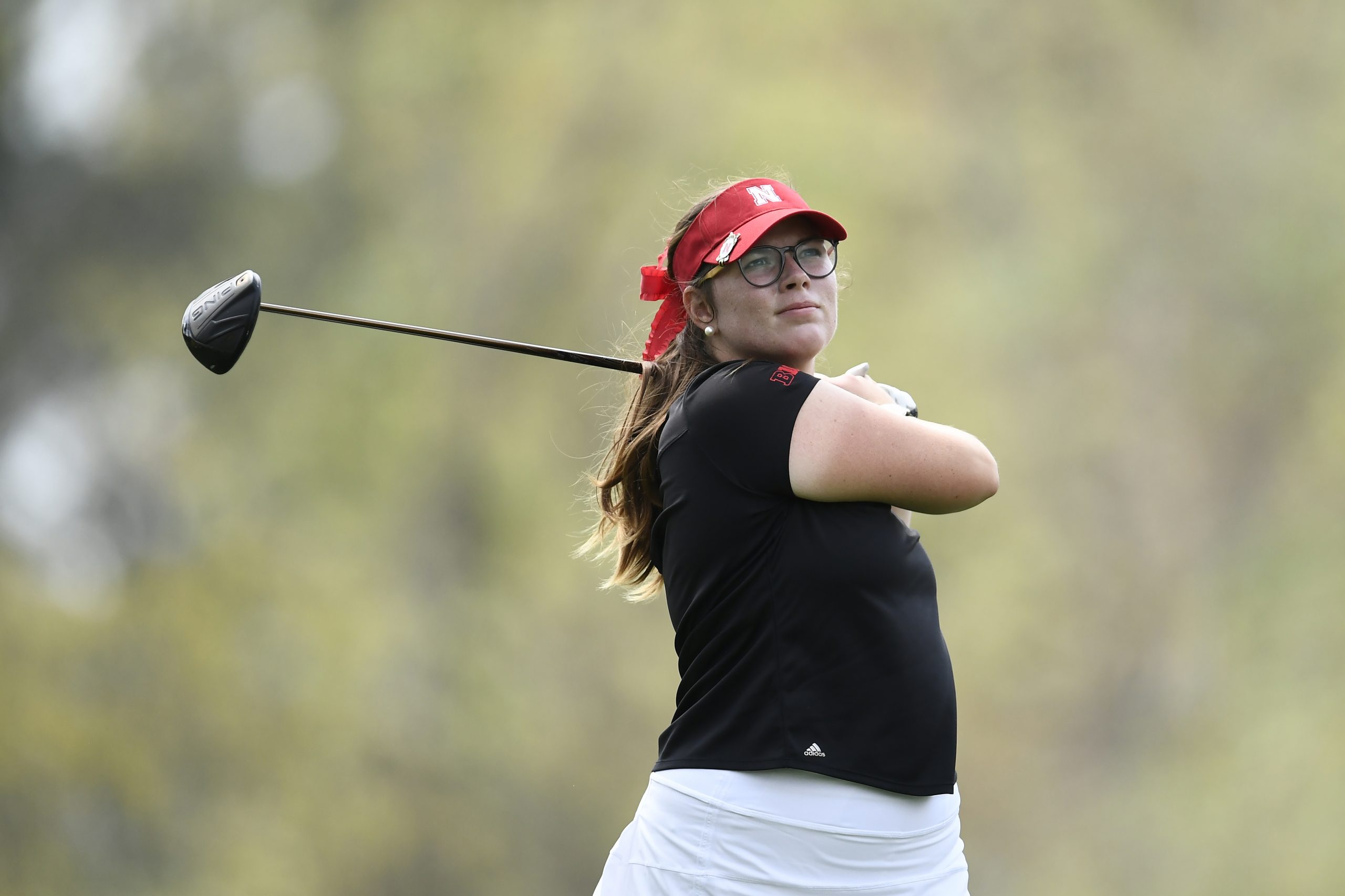 AUGUSTA, Ga. – The tears have flowed for Kate Smith this week. It seems that no amount of preparation for competing in a tournament she’s coveted for three years could stop that.

But the floodgates were open in another way on Wednesday at the Augusta National Women’s Amateur, too. Once she poured in a birdie putt on the second hole at Champions Retreat, it opened the door to three more in the next nine holes. Smith’s day ended at the sound of a weather horn, as she faced an uphill 7-footer for par on the par-4 12th.

A downpour washed out the rest of the day, with 29 players in the 82-woman field still to finish.

By that time, Smith, playing in the final group out, had a three-shot lead. Normally, it would be a disappointing run to see end, but not here.

“This week, everything has been so awesome I’m just excited for another day here, another day to go low and make some putts,” said Smith, who is completing a fifth year for Nebraska while she completes a graphic design degree.

This is the kind of perspective that comes with an unexpected fifth year in college, a big opportunity and perhaps women’s golf biggest spotlight. The day before Smith played her way into the lead, she and the rest of the field piled into a fleet of charter buses for a trip down Magnolia Lane to Augusta National and dinner with Chairman Fred Ridley.

“I’ve cried off and on the last two weeks just knowing I’m (coming) here,” Smith said, admitting it’s an emotion that’s part happiness, part anxiousness. “Probably the best moment of my life so far. Kind of everything to gain this week.”

But credit Smith for dedicating energy to her mental game in the weeks leading up to the Augusta National Women’s Amateur, too. The 21-year-old repeated a mantra to prepare herself. She wanted to focus less on making the 36-hole cut and more on actually competing.

You can win this event. You can be up there. You’re just as good as everyone else.

Smith first got the call that she was in consideration for this field in November, after a rough week playing a tournament in Waco, Texas. It was an instant mood-lifter, given that Smith recalls exactly where she was sitting and exactly what went through her head the minute she heard about the creation of the ANWA in April 2018.

“It meant more to me than I thought, sub-consciously,” Smith told Golfweek in January. “I think I put the pedal to the metal in my competition schedule and practice schedule.”

As it turns out, Smith earned her way in as one of 30 top-ranked Americans. She was the last player in through that category with a year-end world ranking of No. 161 in 2020.

She played back-to-back tournaments in Florida to start 2021, finishing 12th at the prestigious Sally Amateur – a huge boost for a Midwesterner who generally puts the clubs away in the winter – and won her first college title two weeks before the ANWA. This is the biggest stage she’s competed on, following her maiden U.S. Women’s Amateur appearance in August.

“She’s one that has a lot of confidence no matter what stage she plays on,” Karter said, “and I really appreciate that about watching her.”

Champions Retreat played long in the first round and the greens were firm. Only six players are under par, and only two of those players have finished their round. The first round will resume at 7:45 a.m., along with the second round, with players keeping their pairings and tee times from the first round.

Smith said her ballstriking, particularly with her long irons, carried her. There’s no reason to change the gameplan now, and certainly no reason to overthink it.

“Why ruin a week by putting pressure on yourself?” she said. “That was my mindset today.”

Why a rain delay at the Masters changed the entire tournament