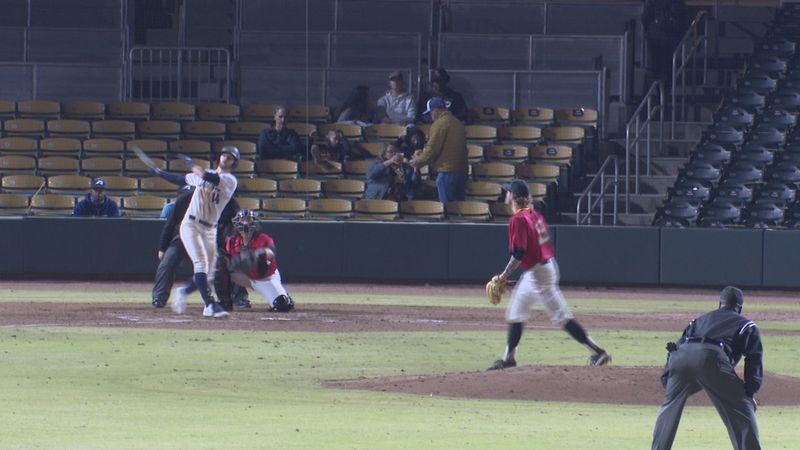 AUGUSTA, Ga. – The Augusta Jaguars baseball team had the honors of kicking off the 2021 baseball season at SRP Park Friday night. It’s the first college game played at the venue since UGA and Georgia Southern shared the field in March of 2020.

Augusta got off to a rough start, as visiting Flagler scored 4 runs in the second courtesy of a Jaiden Warde grand slam. The Jags began scratching back in the next half inning, and added two more off a homerun from Trent Maddox that flew past the Tax Slayer Terrace and likely splashed into the Savannah River.

The Jags took built up a 7-4 lead which held until the top of the ninth. The Saints scored three runs to force extra innings. The Jags ultimately walked it off in the bottom of the 11th, Trent Maddox grounded into a bases loaded fielder’s choice and the Saints couldn’t turn the double play. The win improves Augusta to 1-1 overall and 1-0 in the Peach Belt. Flagler falls to 0-7 overall and 0-3 in conference play.

Augusta and Flagler are back at SRP Park for a double header Saturday. The first game will be played at noon.