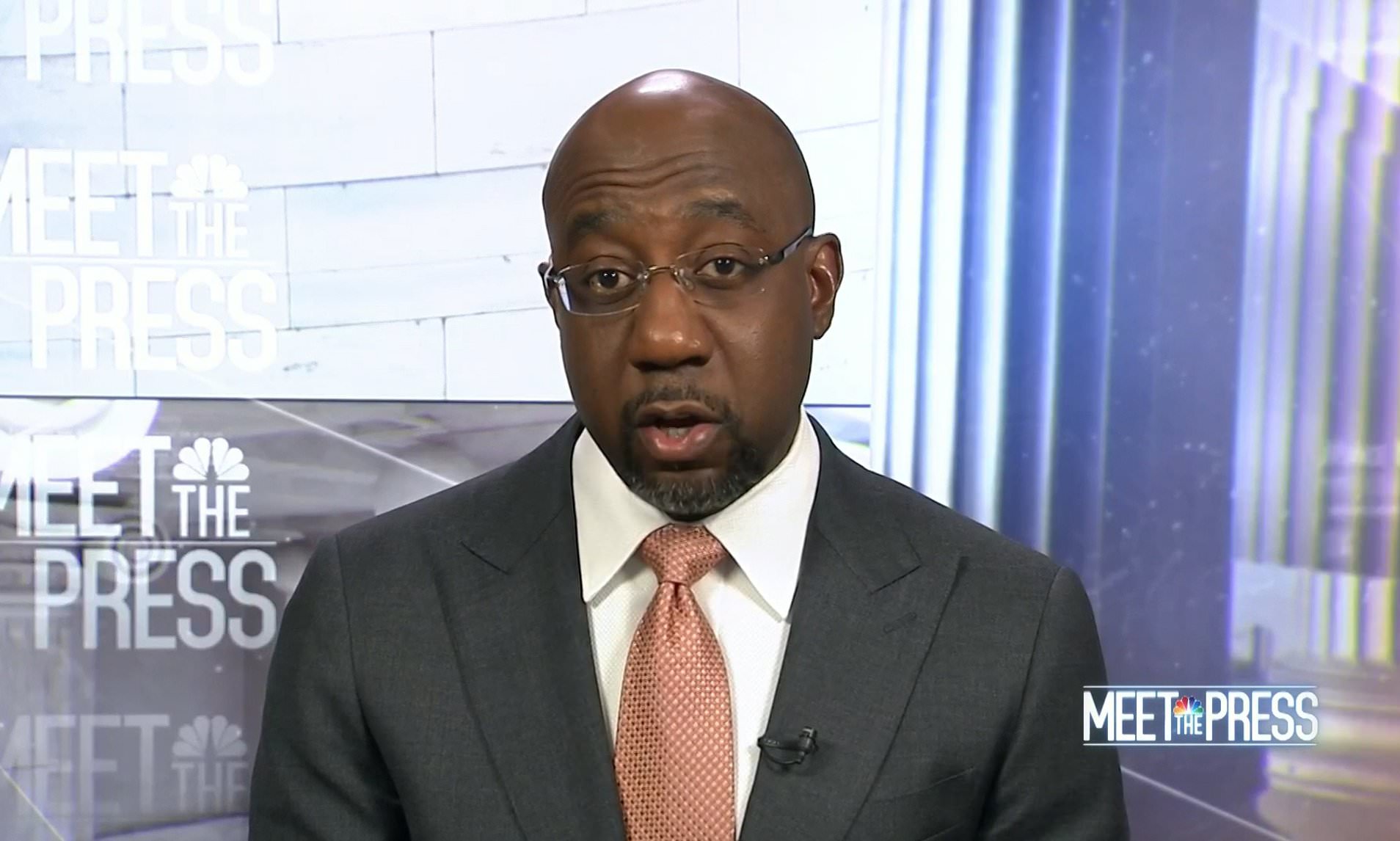 GEORGIA – Raphael Warnock, one of Georgia’s new Democratic senators, said Sunday his state’s voters ‘saved the country’ by electing him to the Senate so he could help pass the $1.9 trillion coronavirus relief and stimulus bill earlier this month.

‘I can tell you this that the people of Georgia stood up in a powerful way and they sent the first African American senator and the first Jewish senator to the United States Senate,’ Warnock said of him and fellow Democrat Jon Ossoff winning their respective runoff races in January.

‘And when they did that, that was revolutionary not just for Georgia, but in a real sense they saved the country,’ he added when speaking to NBC’s ‘Meet the Press’ host Chuck Todd on Sunday morning. ‘We would not have passed the American Rescue Plan, had I not been elected.’

Upon winning their races against then-incumbent Republican Senators Kelly Loeffler and David Perdue, Warnock and Ossoff brought the Senate to a 50-50 party split – with Vice President Kamala Harris holding the tie breaking vote.

By winning the slimmest majority possible in the Senate – and maintaining control of the House – Democrats are now able to pass through almost all legislative agendas, to include the $1.9 trillion American Rescue Plan.

Earlier this month, President Joe Biden signed the massive coronavirus relief package, which passed in the House and Senate nearly along party lines. The administration has now launched a ‘Help is Here’ tour across America to promote the plan.

If Warnock or Ossoff lost their race in January, Republicans would have maintained control of the Senate and Republican Leader Mitch McConnell would have never allowed Biden’s sweeping bill to get through the upper chamber.

The latest legislation includes another round of one-time direct checks for Americans, this time in the amount of $1,400. It also included an extension in a $300-per-week boost in unemployment benefits.

Warnock on Sunday also knocked Republicans for focusing on voter fraud, as some within the party are still disputing the validity of the results in the Georgia election.

‘I think it’s unfortunate that some politicians have looked at the results and rather than changing their message, they’re busy trying to change the rules,’ he said. ‘It will not stand.’