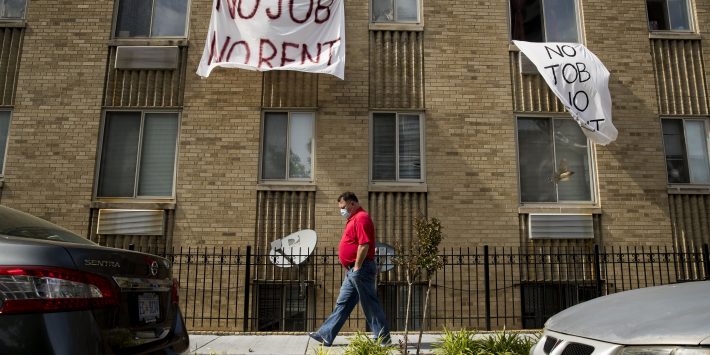 GEORGIA – Housing advocates, hoping to slow down evictions in Georgia, plan to push for a change in state law.

The state’s eviction process is one of the fastest in the country. As soon as tenants are late on rent, landlords can demand possession of the property and begin the eviction case at the courthouse.

Bambie Hayes-Brown of Georgia Advancing Communities Together said this can be tough for tenants if their payday doesn’t line up with the first of the month.

“If you don’t get paid until the fifth,” she said, “and you have a landlord who says rent is due on the first and they’re not extending a grace period, then they can go and file an eviction.”

Hayes-Brown said that eviction then could come with hundreds of dollars in legal fees. It quickly becomes difficult for tenants to cover their debt.

Her group intends to back a bill that would add something like a grace period to Georgia law. As part of the demand for possession, landlords would have to give tenants seven days to catch up on past due rent.

Rep. Sharon Cooper, a Republican from Marietta, introduced similar legislation before the COVID-19 outbreak shut down the legislature last year.

The new effort comes amid nationwide attention on the eviction process, as many tenants continue to deal with lost income during the pandemic.