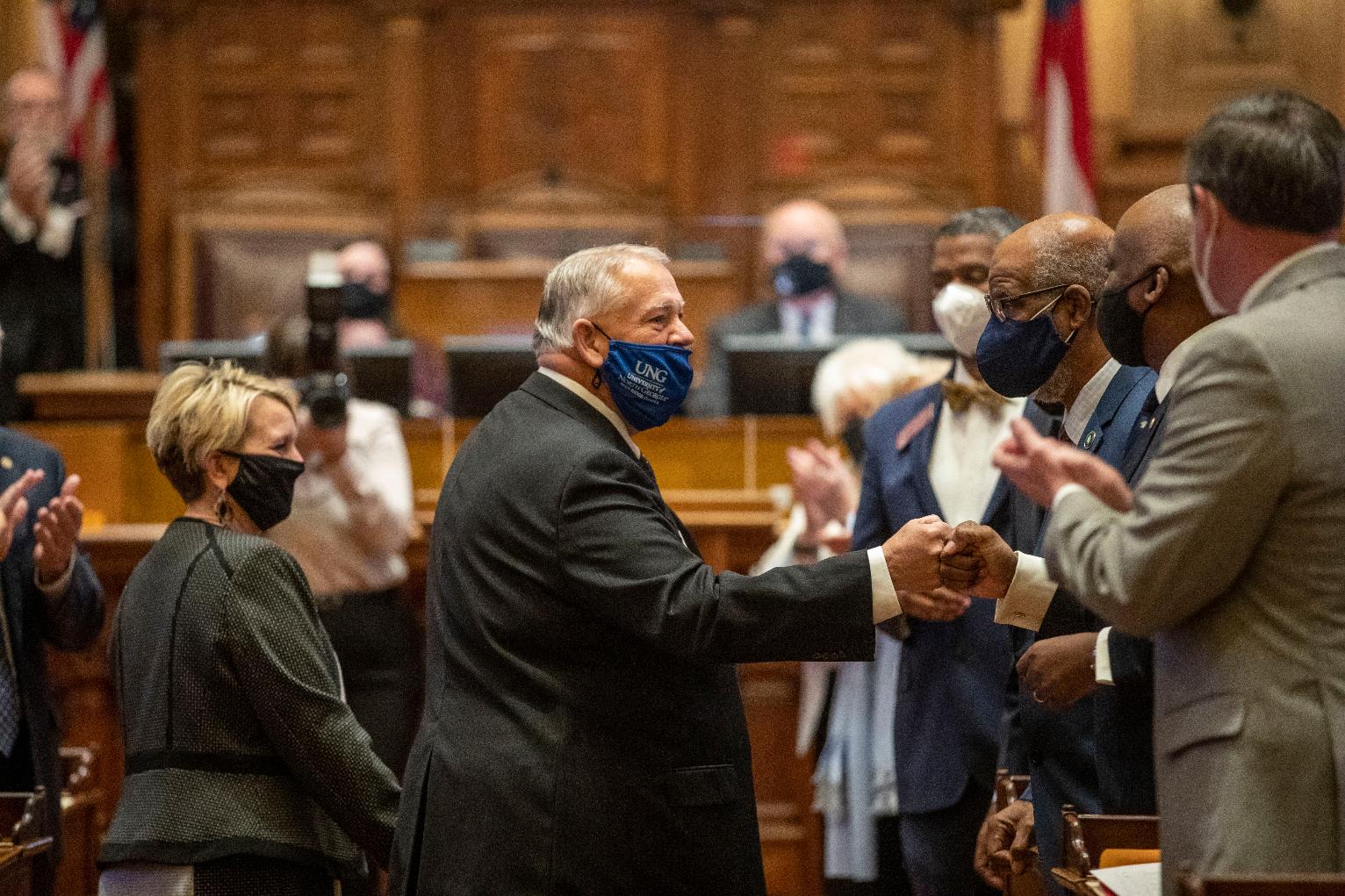 GEORGIA — House Speaker David Ralston is backing a $100-million-plus state income tax cut, one sign of a rebound in state finances even as government and school budgets have yet to be fully restored to health.

The change would allow Georgians to save up to $75 a year on their income taxes, although many would save less.

“I am proud to lead the House’s ongoing efforts to provide meaningful tax relief to Georgia families,” Ralston, a Blue Ridge Republican, said in a statement. “As a growing and prosperous state we have an obligation to be good stewards of the people’s money and return as much of it to them as we can.”

The measure is sponsored by the Republican who leads the House’s tax-writing efforts, House Ways and Means Committee Chairman Shaw Blackmon of Bonaire. He told a Ways and Means subcommittee Wednesday that unanimously passed the proposal that it would cost between $100 million and $150 million a year in foregone revenue, although he said more precise estimates are still being worked out.

If approved, it would take effect beginning Jan. 1, 2022, which means the change would not fully hit the budget lawmakers are writing now, which will end on June 30, 2022.

Blackmon said the idea was to give a “modest” tax cut to the largest number of people possible.

“I think it hits the most Georgians that we can get through some sort of tax relief package,” Blackmon told the subcommittee.

When the first phase of the tax cut was passed, lawmakers envisioned the additional quarter-percentage decrease to 5.5% this year. Ralston still supported it, but some senators expressed doubts. Analysts estimate the state would forgo $500 million to $550 million in revenue from another cut.

Blackmon said Ralston and House Republicans “would like to see us work back” to that proposed cut “when there’s a little more certainty.”

Lawmakers slashed $2.2 billion from spending plans last summer because of the coronavirus. They restored $650 million with tax collections running well above expectations, but most cuts made outside K-12 spending were not put back, and K-12 schools got only 60% of what was cut returned. The state has also announced onetime bonuses of $1,000 to preschool, K-12 and university teachers as well as state employees, using federal money.

Georgia could also get billions in federal aid added to its coffers in coming months, although state lawmakers could adjourn for the year before Congress acts.

Danny Kanso, a budget analyst with the liberal-leaning Georgia Budget and Policy Institute, said that raising the standard deduction is “much-needed” and will help working families. But the group is also advocating for a state earned income tax credit, which could subsidize earnings of working people by up to $500 a year, at a total cost of $140 million.

“The EITC would go to families with low or moderate incomes to boost health and economic outcomes,” Kanso said. “It is the most effective tool for helping families during COVID and beyond.”