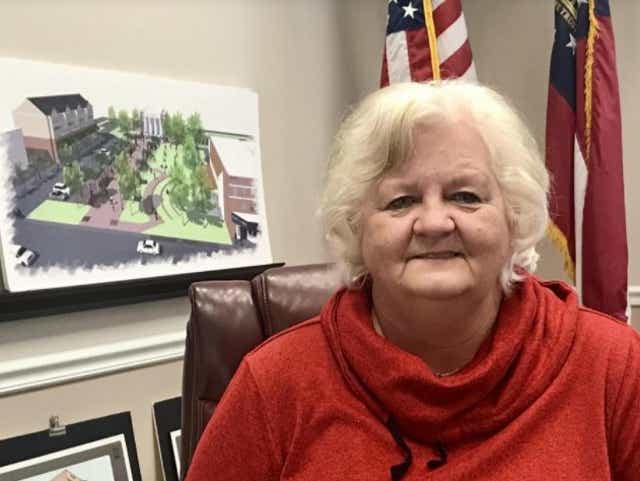 AUGUSTA, Ga. – Starting next week, Roxanne Whitaker might change her schedule a bit.

Whitaker, who has served as mayor for the city of Harlem since 2018, is scheduled to retire April 2 from her career as a registered nurse. She spent all but two of those years as a surgical nurse – first at Doctors Hospital in Augusta, then University Hospital McDuffie in Thomson.

Instead of the word “difficult,” she preferred “challenging” to describe practicing her profession during the deadly COVID-19 pandemic.

“We’re always faced with difficult situations, but this past year made us regroup and think how we were going to adapt to those challenges,” Whitaker said. “Whether it’s a child dying or anyone dying from a car wreck or whatever, we always have dealt with that, but this was a different challenge. We had to adapt the way we did nursing and the way we thought about nursing.”

While she’s “ecstatic” over retiring, her “heart is kind of tugging” thinking about the colleagues she’s leaving behind – particularly the ones who fondly call her “Mom.”

“Most of them I think of as my children,” Whitaker said. “I worry about dilapidated cars they drive, the neighborhoods they live in, things like that. They come in and say, ‘Mom, my car broke down.’ So I worry about them, because they’re just a tremendous group of people to work with.”

She expects to spend much of her time with her parents and her grandchildren, and as mayor, continuing a family tradition of public service. Her mother, Shirley Tankersley, served as Harlem’s mayor from 1993 to 2000, and her grandfather, Edward Tankersley, was Columbia County’s sheriff from 1962 to 1981.

With a laugh, Whitaker said another generation following that tradition is unlikely.

“They’re so far away from politics. None of them are in the medical field,” she said.

Her husband, Mark, might have a job lined up for her next week. He recently bought the town’s only ice cream shop, and starting next Monday, Yoder’s Dairy barn becomes Main Street Treats.

“He sprung that on me at dinner one night. I said, ‘Who’s managing it?’ He said, ‘Well, you know, you retire April 2 and I take ownership April 4,’” she said. “He’s very impromptu, I’m a very scheduled person. So I guess that’s what kept us together all these years.”

Georgia boycotts over voting law would harm ‘the most vulnerable’