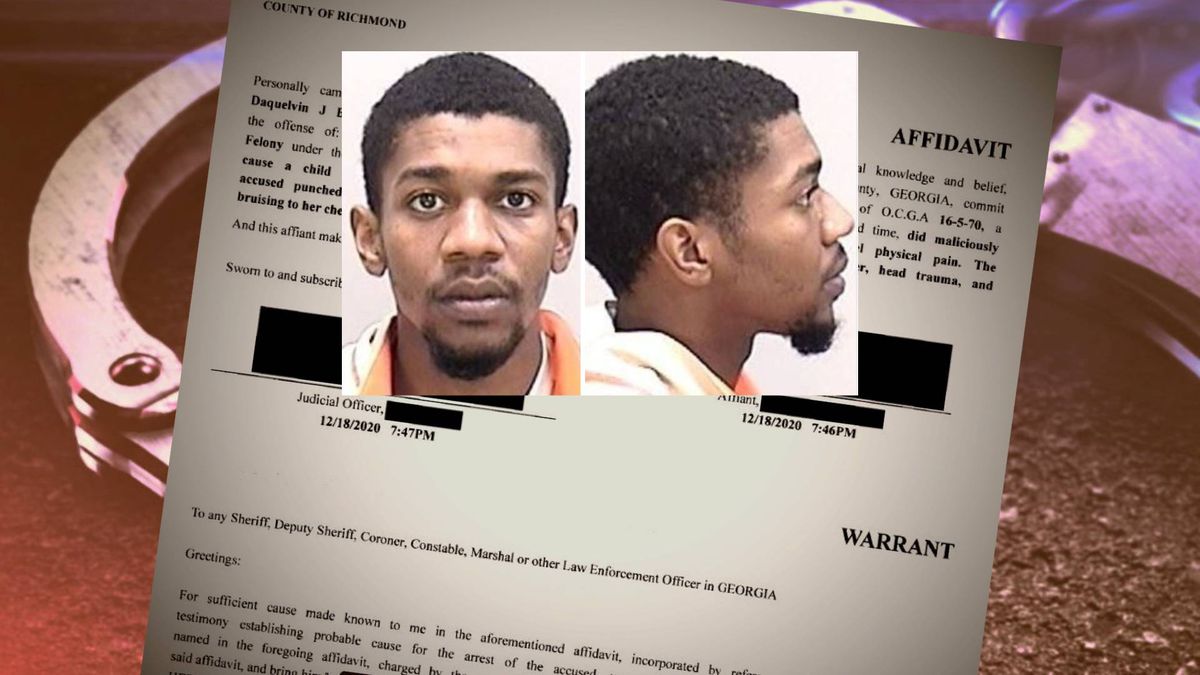 AUGUSTA, Ga. – A man punched a 3-year-year-old girl in the chest and abdomen with such force and so many times that her liver was lacerated before she died last week, according to an arrest warrant for the suspect.

The child, whose name has not been released, died at 5:34 p.m. last Wednesday after being taken from her home on Albermarle Drive to Augusta University Medical Center, Coroner Mark Bowen said.

The Richmond County Sheriff’s Office on Friday arrested Daquelvin J. Brighthop, 26, on suspicion of cruelty to children in the first degree, according to law enforcement records.

An affidavit in the arrest warrant says Brighthop “did maliciously cause a child under the age of 18, namely: she being 3 years old, cruel physical pain.”

The affidavit says Brighthop punched the victim “multiple times” in her chest and abdomen, causing a lacerated liver, head trauma and bruising to her chest.

The offense occurred at 2220 Albemarle Drive, the affidavit states.

Brighthop remains in Richmond County jail, where’s he’s being held on a charge of cruelty to children in the first degree, according to jail records.

His relationship to the girl is unclear.

Her body was transported to the Georgia Bureau of Investigation for an autopsy.

Deputies want to question this man about catalytic converter thefts