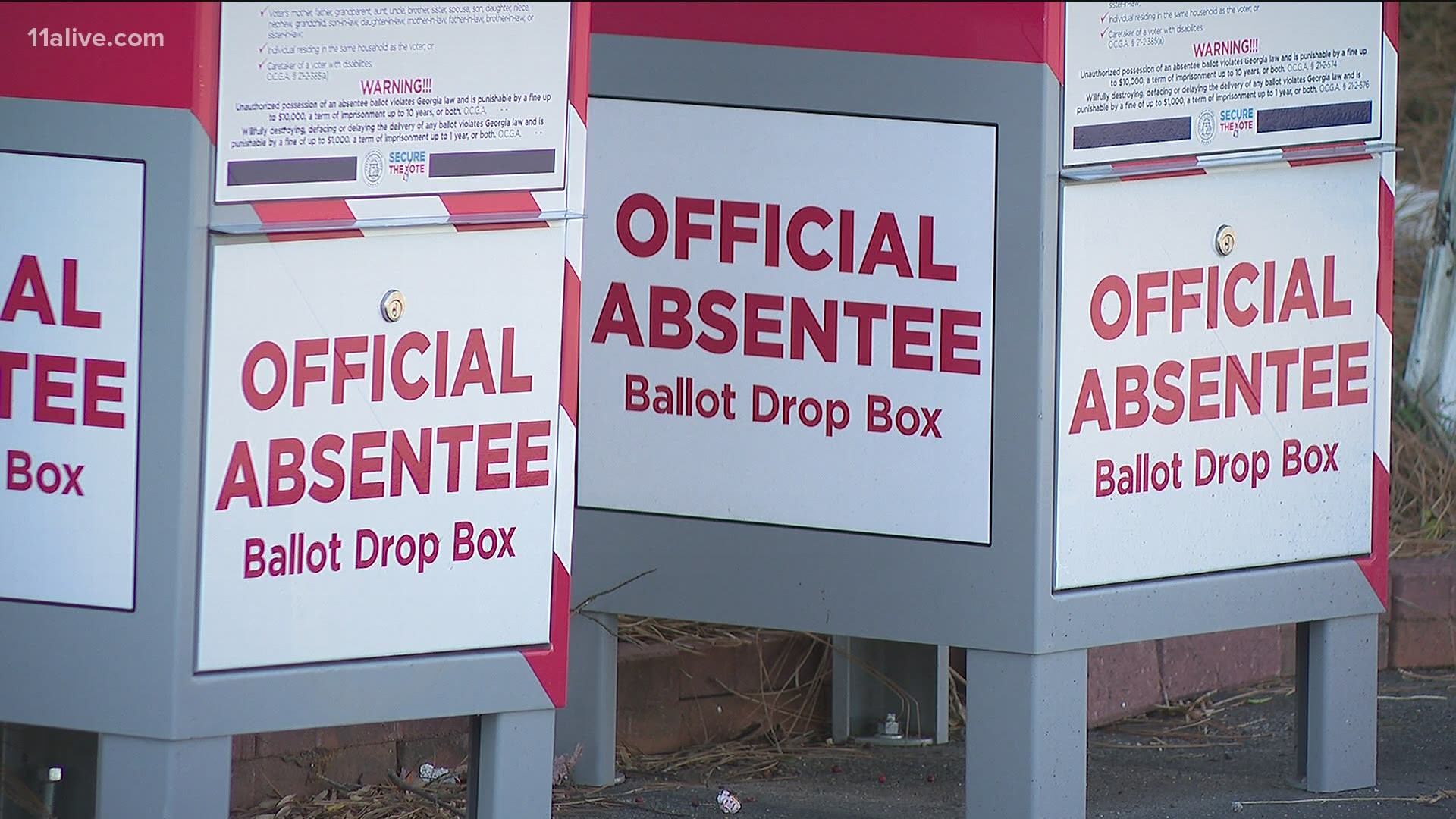 GEORGIA— Republican lawmakers say they are stripping some of the most controversial components out of their Georgia election bills.

State Sen. Gloria Butler (D-Stone Mountain) was among the Democrats asking Republicans to provide rationale for bills that would make sweeping changes in election laws – changes he said were rooted in Republican unhappiness over Joe Biden’s victory in Georgia in November.

“Why does any Georgian need permission from the government to vote absentee?” Butler asked the sponsor of a GOP election bill, which had called for eliminating “no excuse” absentee balloting.

Sen. Mike Dugan (R-Carrollton), the senate majority leader and bill sponsor, told 11Alive that he expects that part of the bill to get cut.

“When you have the Lieutenant Governor and the Speaker (of the House) speaking against it, I think there’s probably (going to be) a switch” that eliminates it, Dugan said.

In a senate ethics committee hearing Thursday, another Republican senator said he wanted to restore “no excuse” absentee voting to its current status in state law.

“I’m concerned if we require these excuses to be offered in order to vote absentee, we don’t have a way of enforcing that,” said state Sen. Brian Strickland (R-McDonough).

Republicans are also walking back a provision to require a witness signature for absentee balloting.

They’re also having a change of heart over Sunday early voting. House Republicans wanted to eliminate it – but Democrats howled that so-called “souls to the polls” Sunday voting are election-year staples in black churches.

Democrats acknowledge the shift among Republicans, but said their goal remains to defeat the measures.

“There was a slight rollback, but it was like throwing a pebble into the ocean,” said state Rep. Calvin Smyre (D-Columbus). “And truly, the walk-back on this bill would be not to pass it.”

“We’re not trying to – the term came up several times (Tuesday) – ‘disenfranchise’ these voters,” Sen. Dugan said in the interview.  “You can’t look at me with a straight face and say any of these (bills) would do that.”

More markups of the Senate election bills are expected Monday; nothing is set and stone – and won’t be until the legislature goes home for good about a month from now.