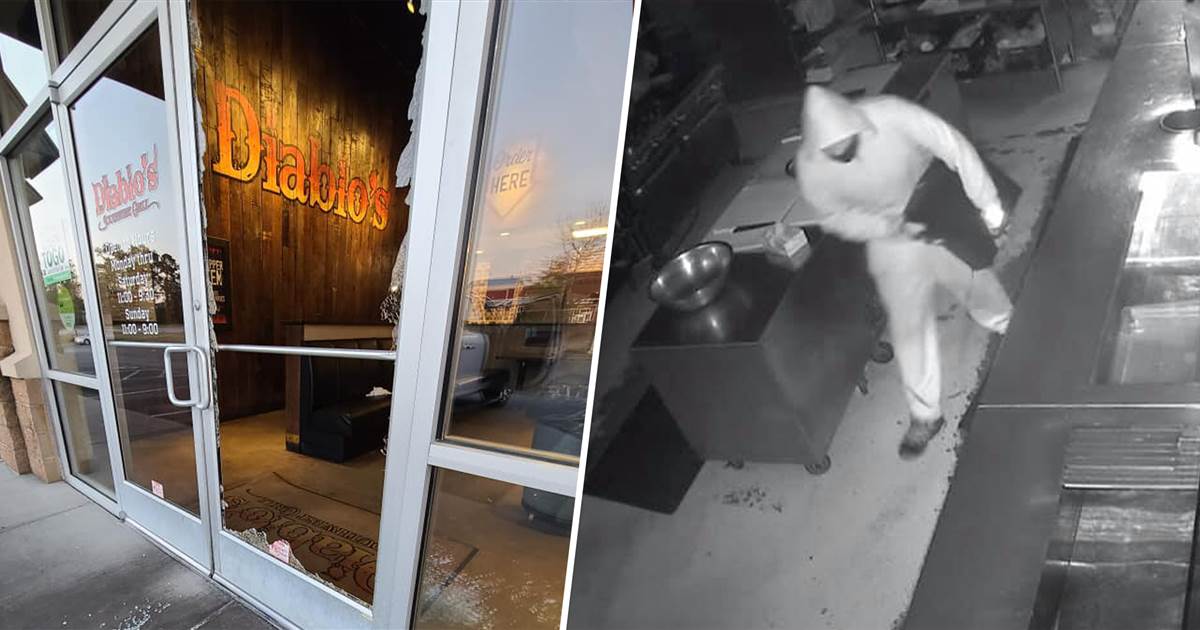 AUGUSTA, Ga. – After a man threw a brick through his restaurant’s door in Augusta, Georgia, on early Saturday morning, Carl Wallace was understandably frustrated.

“You know my initial response was, you know, anger, frustration,” he told TODAY Food. “I realized that we’re gonna have to kind of put up a Facebook post about our door looking really, really bad because here we are going to put up two sheets of plywood over the front door to just get through the day.”

The suspect rummaged around the cash register at Diablo’s Southwest Grill as the alarm blared, Wallace said his security footage showed, but there wasn’t anything in the drawer.

As he was writing the post to explain to his customers why the restaurant’s door looked like a mess the later that morning, Wallace had a realization.

“It really kind of occurred to me (that it’s) … Easter weekend and to just extend an olive branch,” he explained. “You know, extend the layer of forgiveness and kindness and give the … would-be robber some redemption and a different path.”

So instead, he wrote a post offering the suspect a job application.