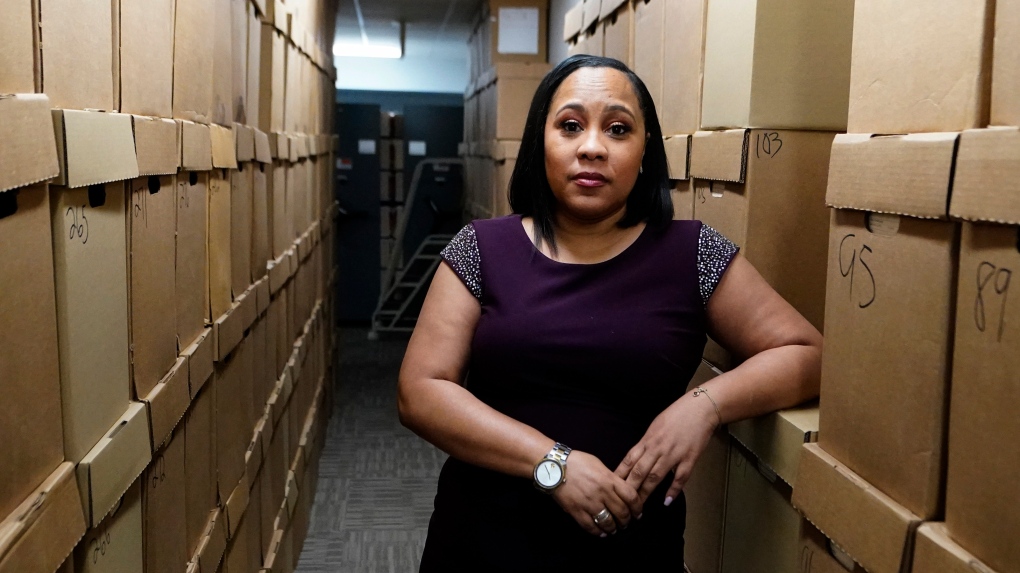 GEORGIA— The Georgia prosecutor investigating potential efforts by Donald Trump and others to influence last year’s general election has a message for people who are eager to see whether the former president will be charged: Be patient.

“I’m in no rush,” Fulton County District Attorney Fani Willis said this week in an interview with The Associated Press. “I think people think that I feel this immense pressure. I don’t.”

Willis, a Democrat elected in November, sent letters to state officials on Feb. 10 instructing them to preserve records related to the election, particularly those that may contain evidence of attempts to influence elections officials. But she said this week that she’s not sure where the investigation will go or how long it will take.

Her office confirmed that the probe includes a call in which Trump urged Georgia Secretary of State Brad Raffensperger to “find” enough votes to overturn Joe Biden’s win in the state. Willis also said she has questions about a call U.S. Sen. Lindsey Graham made to Raffensperger, the sudden departure of a top federal prosecutor and statements made before Georgia legislative committees.

The investigation is in the very early stages, Willis said. Lawyers are sifting through data — including news reports — to compile a witness list. Once they start talking to people, it will inevitably lead to other people and records they want to see. Eventually, Willis said, they’ll have enough information to decide whether laws were actually broken.

Democrats and a few Republicans have condemned Trump’s call to Raffensperger, with some critics saying the recording is proof of criminal election interference.

Lawyers from around the country have offered help, Willis said. While she may eventually seek outside counsel with specific expertise, she said, it will require careful vetting.

“I don’t want anyone that’s already got a result in mind,” she said.

Willis wrote in the letters to state officials that her office had opened a criminal investigation into “potential violations of Georgia law prohibiting the solicitation of election fraud, the making of false statements to state and local government bodies, conspiracy, racketeering, violation of oath of office and any involvement in violence or threats related to the election’s administration.”

She wrote that her team has “no reason to believe that any Georgia official is a target of this investigation.”

After a coronavirus-related pause, two grand juries are to be seated next week, which will allow prosecutors to seek subpoenas.

Following the November general election, Trump refused to accept his loss by about 12,000 votes in Georgia, long a Republican stronghold. He and his allies made unfounded claims of widespread voter fraud and hurled insults at Raffensperger, Gov. Brian Kemp and Lt. Gov. Geoff Duncan — all fellow Republicans — for not acting to overturn his loss.

State and federal officials have repeatedly said the election was secure and that there was no evidence of systemic fraud.

In a Jan. 2 telephone conversation with Raffensperger, Trump repeatedly suggested Raffensperger could change the certified results of the presidential election, an assertion the secretary of state firmly rejected.

When Willis’ investigation became public, senior Trump adviser Jason Miller said it “is simply the Democrats’ latest attempt to score political points by continuing their witch hunt against President Trump, and everybody sees through it.”

During the call with Raffensperger, Trump also appeared to suggest that Byung J. “BJay” Pak, the Trump-appointed U.S. attorney in Atlanta, was a “never-Trumper” — a term often used for conservative critics of Trump. Pak abruptly announced his resignation the day after the call became public. He’s never publicly explained his departure.

“I find it particularly peculiar the way that he left and when he left,” Willis said of Pak. “It’s something that, to do my job correctly, I have to ask questions about. That’s just logical.”

Prior to his call with Raffensperger, Trump tried unsuccessfully to pressure others in Georgia. While election officials were verifying signatures on absentee ballot envelopes in one metro-Atlanta county in December, Trump told a lead investigator in a phone call to “find the fraud,” saying it would make the investigator a national hero. Trump also demanded that Kemp order a special session of the state legislature to overturn Biden’s victory.

Before those calls, Raffensperger said U.S. Sen. Lindsey Graham, a South Carolina Republican, called him to ask whether the secretary of state had the power to reject certain absentee ballots, which Raffensperger interpreted as a suggestion to toss legally cast votes.

Graham has called the idea that he would suggest that legally cast ballots be discarded “ridiculous.”

Willis said she hasn’t determined whether the Graham call violated the law but said, “It is of interest.”

Asked whether she is looking at debunked claims Trump lawyer Rudy Giuliani made before Georgia legislative committees casting doubt on the legitimacy of the state’s election, Willis said, “We won’t overreach, but if those things do seem to be part of a plan to influence the election, they’ll become relevant.”