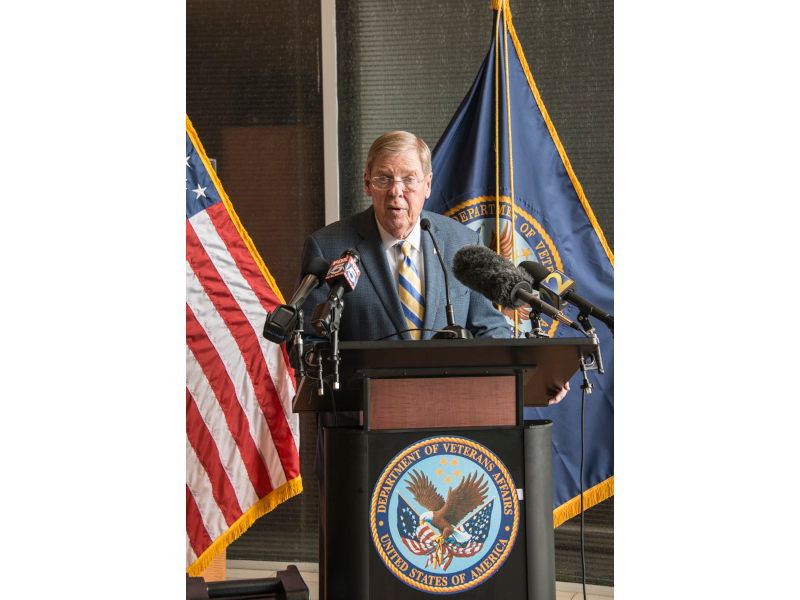 GEORGIA – A bridge over a portion of the Port of Savannah would be named in honor of former U.S. Sen. Johnny Isakson, R-Georgia, under a resolution the Georgia House of Representatives passed unanimously Thursday.

The bridge on Georgia 307 crosses over the Mason Mega Rail Yard, a $215 million project that, when completed, will give the port enough additional capacity to ship goods to cities in the nation’s Mid-South and Midwest regions.

Isakson helped land federal funding for that project as well as the $1 billion deepening of Savannah Harbor to make room for a new generation of giant containerized cargo ships now calling at the Port of Savannah. Both projects will be key contributors to one of the nation’s fastest-growing ports.

“Johnny Isakson was and is a champion for economic development and job creation,” said House Speaker David Ralston, R-Blue Ridge, the resolution’s chief sponsor, who made a rare appearance in the well of the House chamber to present it. “Senator Isakson believes the best way to help lift our state up is to expand economic opportunity for everyone.”

Isakson, who hails from Cobb County, was elected to the U.S. House of Representatives in 1999 and moved up to the Senate in 2004. He retired at the end of 2019 for health reasons.

Ralston praised the former senator Thursday for serving as a model of civility, which he said has become an increasingly rare quality in Washington, D.C.

“Senator Isakson only knows people as friends or future friends,” the speaker said. “His example is one we would do well to follow.”

Rep. Steven Meeks, R-Screven, told his House colleagues he got to know Isakson while working as a congressional staffer on Capitol Hill. He said Isakson treated everyone the same, regardless of their status.

“To him, everyone in a room was important,” Meeks said.

Commissioners all on board opposing Georgia election law changes