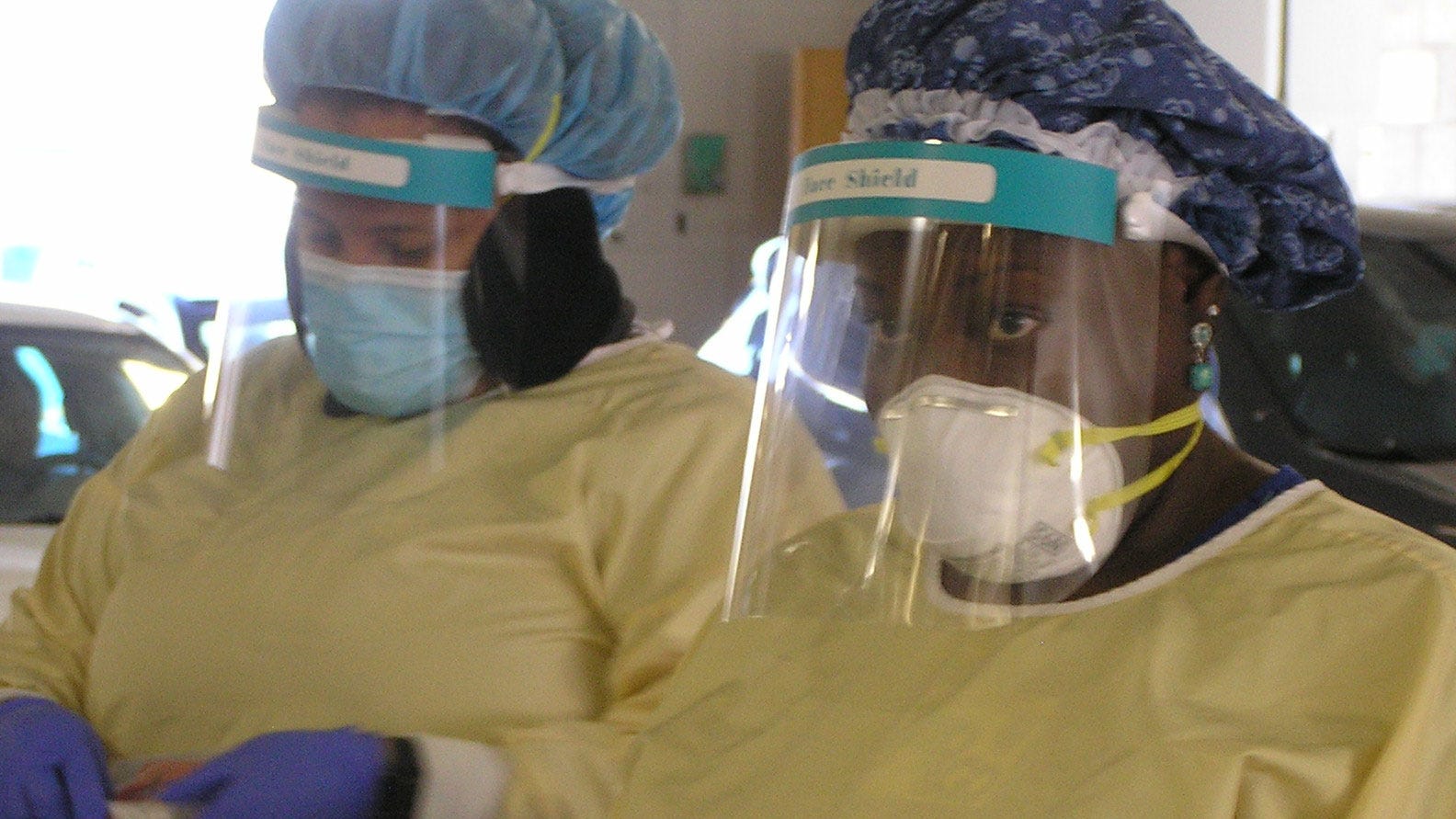 AUGUSTA, Ga. – New deaths for COVID-19 crept up in Georgia as Augusta exceeded a grim milestone of 400 lives lost in the pandemic. But new infections remained steady and Georgia surpassed 5 million vaccinations against the disease.

Richmond County suffered four new deaths for 403 total, but two deaths were subtracted from Columbia County for 157 there. With a new death in Aiken, the area’s toll stood at 1,027.

Georgia Public Health got the results of 20,426 tests, of which 4.56% were positive, less than half the overall rate of 10.12%, which dropped slightly, according to an analysis by the Augusta Chronicle. The seven-day average for new cases also fell from 946.71 to 919.86, the analysis showed.

AU Health System had 11 patients in the hospital, two fewer than Wednesday, and saw 28 more positive tests for 26,350 since the pandemic began, spokeswoman Christen Engel said.

Charlie Norwood VA Medical Center in Augusta saw four new cases for 1,847 total, with 18 active cases among 14 veterans and four employees, and remained at 89 deaths, according to the U.S. Department of Veterans Affairs. The Augusta VA has fully vaccinated 16,136 people between 14,320 veterans, 1,815 employees and one person from Fort Gordon.

The state got the results of 19,851 tests, of which 3.3% were positive, which would be half the overall rate of 6.69%, which fell slightly, Chronicle analysis found. The seven-day average for new cases also fell from 474 to 470, according to the analysis.

What’s the local impact from pause in Johnson & Johnson vaccine?