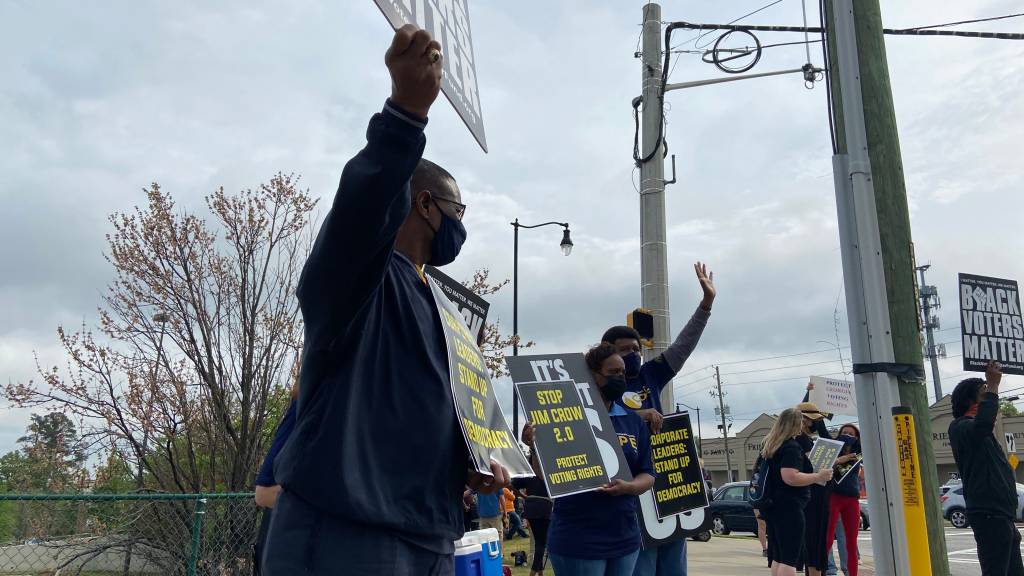 Those efforts are coming to Augusta tomorrow for a rally on Washington Road and Berckmans Road outside Augusta National.

With such short notice about this rally and the fact that it’s Master’s week, can this even happen?

As we saw with protests this past summer Richmond County has its own set of guidelines when it comes to protests. Any protest larger than 50 people requires a permit from the sheriff’s office. Tomorrow’s group did not obtain a protest permit but say they’ve found a way to make their voices heard anyway.

The rules are simple. They can do a protest, it just can’t be more than 50 people.

The faith leaders organizing this protest told deputies if the gathering ends up exceeding 50 people, they’ll protest in shifts to ensure compliance with the county ordinance.

“If it exceeds 50 people, first of all, I don’t believe it will, but if it does we’ll have to disperse the people and I think you’ll see that they’ll disperse peacefully,” said Chief Patrick Clayton from the Richmond County sheriff’s office.

And peacefully is exactly how bishop Reginald Jackson says he plans for this rally to go. This upcoming Tuesday faith leaders in Georgia plan to meet with major company CEOs to discuss their response to the voting law. After that meeting, they’ll decide whether to encourage a boycott.

In this week’s chairman’s conference, Augusta National chairman Fred Ridley did say he supports everyone’s right to vote and no one should be disadvantaged from it.

Outcries continue on both sides around Georgia’s new voting law