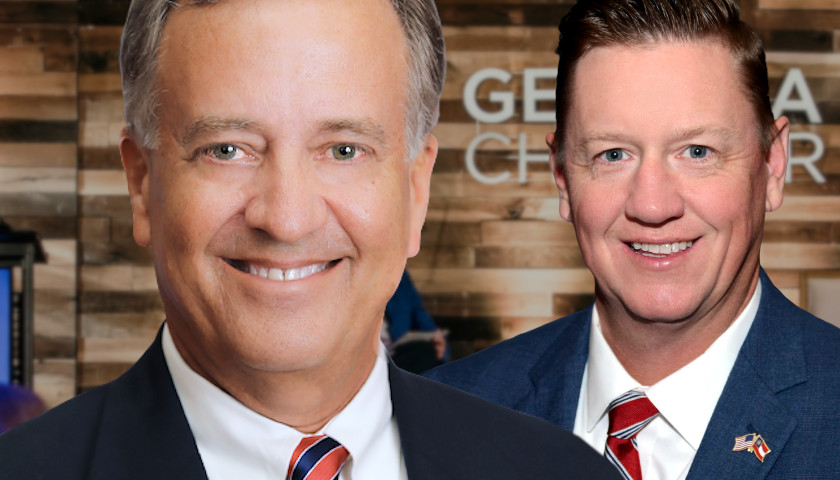 Former State Rep. Jeff Jones, who represented District 167 from 2015 until last month, told The Georgia Star News this week that he never hesitates to speak freely, and he didn’t even when he held office. And he said he won’t hold back now.

The second former state legislator, Ken Pullin, who represented District 131 from 2019 until last month, said Thursday that members of the Georgia Chamber want the state’s economy to flourish. And Chamber members, he went on to say, think economic development sometimes means going against conservative politics.

“The Chamber pushes a lot of policies in regard to tax benefits, and they try to push the Georgia legislature to that kind of stuff. Tax benefits for the movie industry,” Pullin said.

Jones and Pullin are both Republicans.

Members of the Georgia Chamber of Commerce and the Metro Atlanta Chamber did not return The Star News’ repeated requests for comment Thursday.

“That is not a knock on the Chamber. Their job is to bring business in, right?” Pullin asked.

As The Star News reported this week, Georgia State Rep. Charlice Byrd (R-Woodstock) said she suspects certain of the state’s business interests are working behind the scenes to kill her Voter ID legislation.

Byrd’s legislation, if enacted into law, would require non-U.S. citizens to have “BEARER NOT A U.S. CITIZEN — NOT VOTER ID” printed on their licenses, permits and/or identification cards. Byrd said State Rep. Bonnie Rich (R-Suwanee) is working to block Byrd’s legislation in a Special Committee on Election Integrity subcommittee.

“I assume that they think it [the bill] will stop Green Card people from coming into our state to work or anyone else that they are constantly talking about,” Byrd said.

Byrd went on to say that these business interests “are always talking about the employee shortage for the state of Georgia when we do these sorts of bills.”