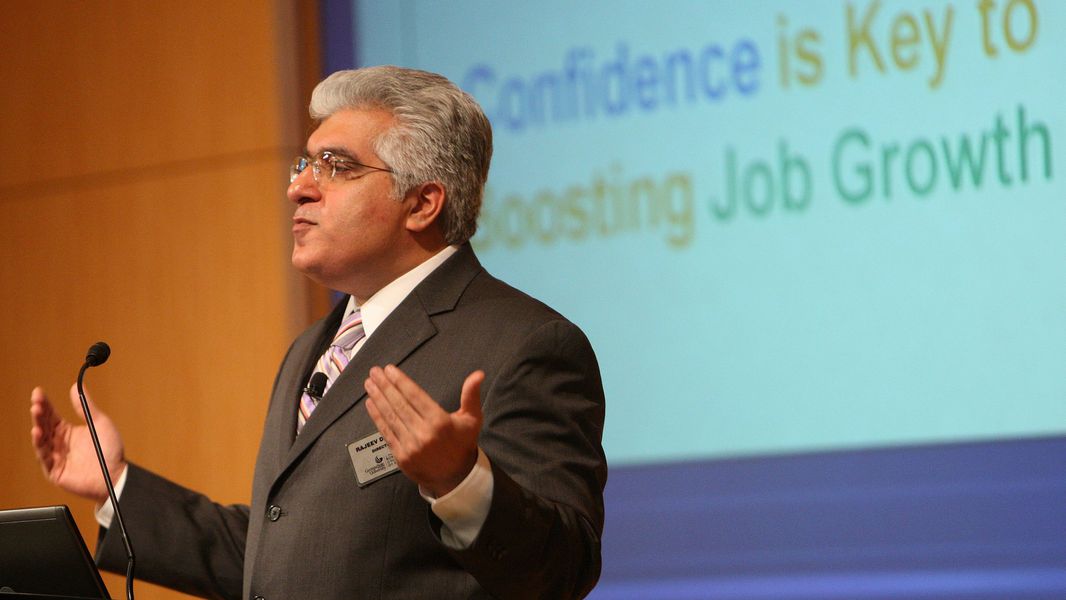 GEORGIA – The state’s economy will surge this spring as more people are vaccinated against COVID-19, though a sustained recovery won’t come until next year, according to a report Thursday from the Georgia State Economic Forecasting Center.

The pace of growth this quarter, which ends March 31, will be a solid 3.2%, said center director Rajeev Dhawan. But, from April through June, the economy will expand to a robust 8% — faster than any pre-pandemic growth,

That will be partly due to months of constrained behavior, Dhawan said at the center’s quarterly conference. “As people are more comfortable that there’s an end in sight, people will spend.”

The second half of this year will see continued growth at a more moderate rate, he said. “Reaching a sustained recovery by early 2022 is contingent on the speed and efficacy of vaccinations.”

Strong as the recovery will be, some parts of the Georgia economy will continue to struggle, he said.

Many people still might be slow to return to restaurants or other businesses that rely on in-person interaction. “You can open it up. But, if nobody comes, nobody comes,” he said.

While hope may be on the horizon, the state’s economy right now is still spinning its wheels.

Last week, 25,447 new jobless claims were processed, only slightly fewer than the previous week, the state Department of Labor said. Food and accommodation workers continued to account for the largest share of layoffs.

Though there are many uncertainties, vaccines — along with a large spending package expected from Congress — offer reason for higher expectations, said Abbey Omodunbi, senior economist for the PNC Financial Services Group.

Still, it will take time to recoup the unprecedented losses caused by the pandemic, he said. “We do not expect employment to return to its pre-pandemic level for a couple of years.”

One concern is inflation, said James Bullard, president of the Federal Reserve Bank of St. Louis, who also spoke at the GSU center’s conference.

That’s because both Congress and the Federal Reserve have acted in ways that could stimulate — and potentially overheat — the economy. The Fed has kept short-term interest rates low, while Congress has already committed to spending more than $3 trillion — with more on the way.

Inflation has been low for decades, despite frequent warnings by some economists that price spikes were just around the corner. The pandemic crisis has convinced policymakers to be cautious about acting to crush inflation by raising interest rates, Bullard said.

Moreover, much of the spending in the federal relief packages during the pandemic has been aimed at “keeping households whole,” not stimulating economic activity in a way that would spark inflation, he said.

“We’ve been telling workers to stay home as an investment in national health,” he said. “I call this fiscal relief, not fiscal stimulus.”