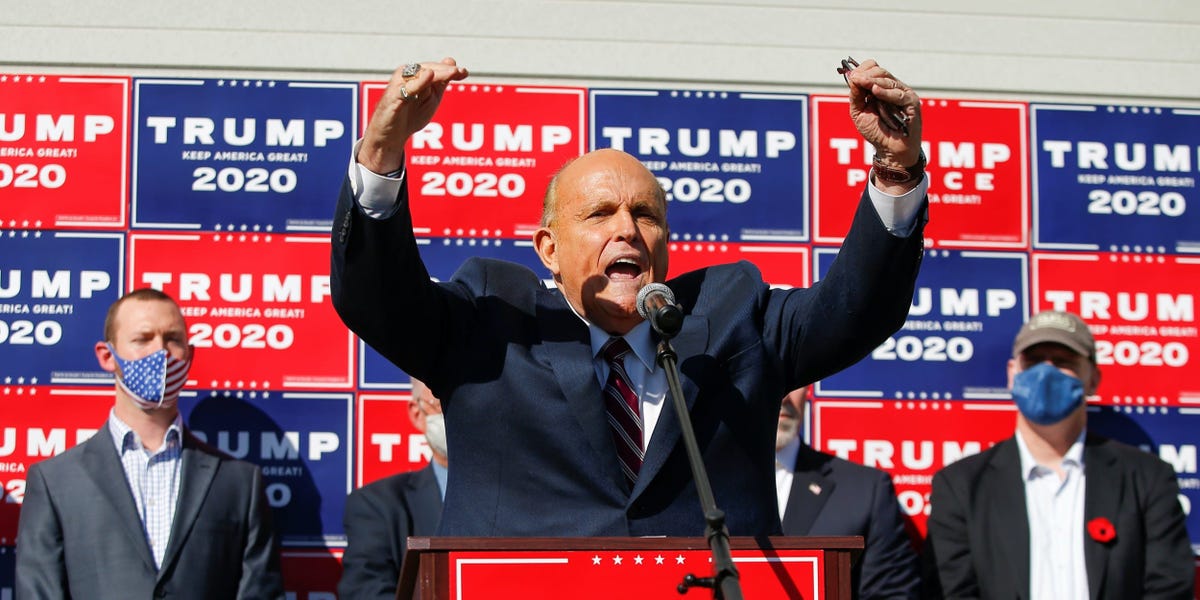 A top Georgia election official said Rudy Giuliani “lied” over election-fraud claims by presenting a deceptively edited video as evidence, despite having access to the full footage.

Gabriel Sterling, the chief operating officer for Georgia’s secretary of state, made the comments in a “60 Minutes” interview that aired Sunday, during which he described President Donald Trump’s claims of voter fraud as “fantastical, unreasonable,” and “lacking in any factual reality.”

Sterling, a Republican who voted for Trump, told the interviewer Scott Pelley that Giuliani presented a selectively edited video to Georgia state senators as evidence of election fraud. In a clip shown on “60 Minutes” of Giuliani presenting the video, he calls it a “powerful smoking gun.”

Giuliani’s video, which also aired in national Trump campaign ads, claims to show cases of ballots removed from under a table and “added in secret.”

At that point, the secure cases of uncounted ballots were retrieved from under the table to proceed the counting.

Sterling said the president’s team always had access to the complete video, but Giuliani presented the state senators only with the part showing cases being pulled out from under the table.

“Rudy Giuliani looked them in the eye and lied,” he said.

“From my point of view, they intentionally misled the state senators, the people of Georgia, and the people of the United States about this, to cause this conspiracy theory to keep going and keep the disinformation going, which has caused this environment that we’re seeing today,” Sterling said.

Giuliani did not respond to a request for comment from Insider.

Trump and his allies have repeated unsubstantiated claims of widespread voter and election fraud since the president lost the election to Joe Biden. None of the claims have held up in court, and the Justice Department said it found no evidence of widespread fraud.

The belief by some of the president’s supporters that the election was fraudulent fueled the deadly siege on the US Capitol last week, where many of the rioters chanted and held up signs that said “Stop the steal!”

Georgia’s top election official, Secretary of State Brad Raffensperger, also a Republican, appeared on “60 Minutes” as well, echoing Sterling’s claims and saying Giuliani “knows that what he said was not true.”

On January 2, in a leaked phone call between Raffensperger and the White House, Trump repeated unsubstantiated claims about the election and urged the secretary of state to “find” him enough votes to beat Biden.

The day after the call was leaked, Sterling also gave a point-by-point debunking of the president’s claims, which he said made him “scream” because they were so dishonest.

Deputies: Georgia man posed as teen on Snapchat to talk to underage girls