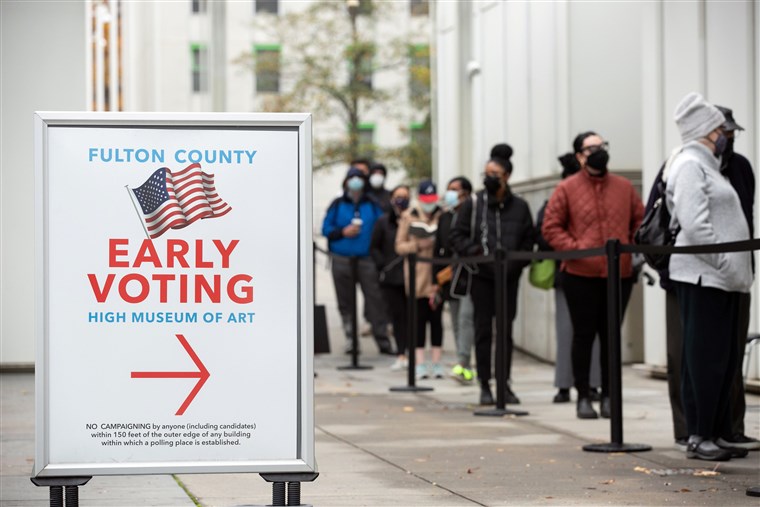 AUGUSTA, Ga. – While the final face-off in the dual Senate races in Georgia that could determine the balance of the U.S. Senate is still days away, many voters went ahead and cast a ballot before the crucial Jan. 5 runoff.

Both Senate races were sent to a runoff after none of the candidates managed to capture a 50 percent + 1 majority of votes back in November.

“We’re not telling anyone who to vote for, just that they need to vote on Tuesday,” Dr. Beulah Nash-Teachey, the CSRA National Action Network president.

Voter advocacy groups like NAN are hard at work.

“Within this final stretch, we have been conducting contactless canvassing,” said Deanna Reed from Woke Vote. “So we have an entire team that has been out every single day as long as the weather permits.”

The Richmond County Board of Elections says 37 percent of registered voters have already cast their ballot early or by mail. It’s still less than the numbers leading up to the election in November, but organizers remain hopeful.

“If you did not vote earlier when you had an opportunity, there’s still one more chance,” said Betty Reece from Black Votes Matter Augusta. “One more chance to vote.”

They have one simple message for those who are unsure if they’ll take the time to get out and cast a ballot.

As a reminder, Election Day for the runoffs is on Tuesday from 7 a.m. to 7 p.m.

But if you’re still holding on to an absentee ballot in either Richmond or Columbia counties, you can still turn them in by 7 p.m. on Jan. 5. In Richmond County, you have five different drop boxes to choose from.

In Columbia County, you must submit your ballot to the county elections office.

Loeffler, Perdue say Republicans will have 8,000 poll watchers for runoff