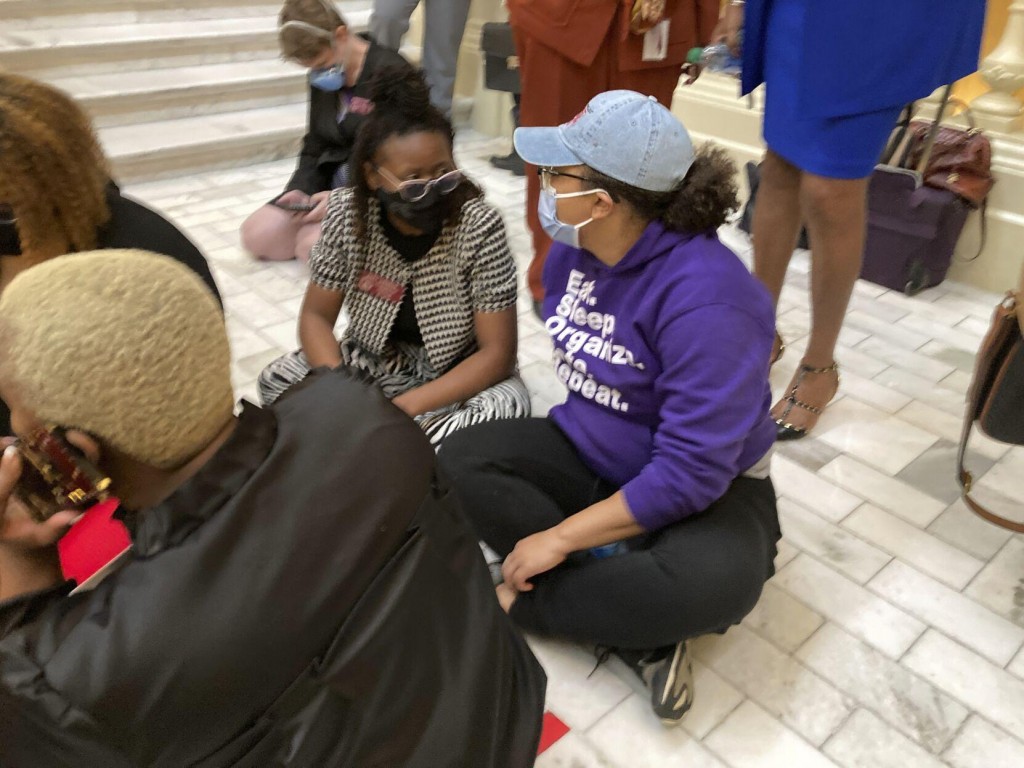 GEORGIA— A group of Georgia Democrats began a sit-in Friday on a stairway at the state Capitol after one Democratic lawmaker said it was improper that a police officer had led her away by the arm while Democrats were protesting bills that would restrict voting and elections.

The move was another reflection of how raw tensions are over Republican efforts to change the state’s voting and election laws. It comes days after one of the most senior Democratic state lawmakers cried so heavily during a floor speech promising to fight GOP efforts that he had to mop away tears with a handkerchief.

Some Democrats had hoped to give brief speeches Friday in the House criticizing the bills but were not called on by House Speaker David Ralston. During a lunch break they instead protested in the atrium of the Capitol.

Using a bullhorn, a state trooper told those gathered, “You must disperse immediately or you will be arrested.” Democratic Rep, Park Cannon of Atlanta approached the officer and put her ear up to the bullhorn, blocking it. Another officer moved her away by the arm, telling her to “step aside.”

Cannon demanded an apology from the officer and began shouting complaints that quickly evolved into an attack on the voting bills. A group of more than a dozen Democrats, mostly House members, then sat down on the steps to join Cannon’s protest. Tensions cooled as officers left the scene, but Democrats remained on the step, eating lunch and leaving an aisle open for traffic.

Georgia teachers to be eligible for COVID-19 vaccines in March