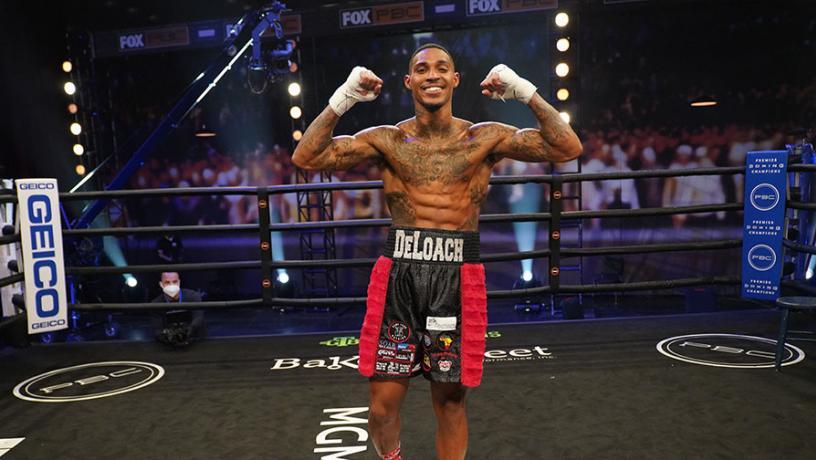 AUGUSTA, Ga. – Augusta native Justin “The Chosen One” DeLoach returns to the ring and delivers a first round knockout to previously undefeated boxer Livan Navarro at the Microsoft Theatre in Los Angeles.

DeLoach landed a pair of knockdowns in the first round, forcing the fight be called only 2:15 into the opening round.

DeLoach advances to 19-4 (10KOs) with the win, his first since November 2018. The 26-year old entered the bout having lost three of his last four fights.