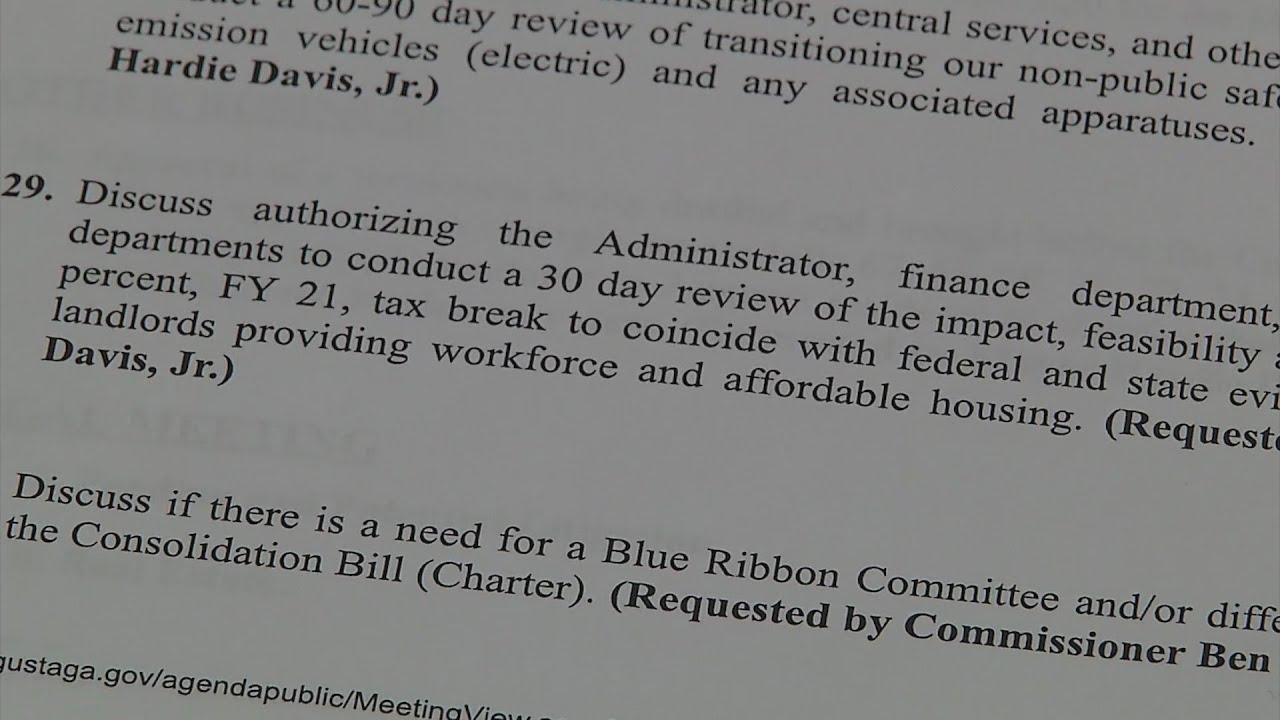 AUGUSTA, Ga. – Mayor Hardie Davis providing commissioners with a series of  proposals for their consideration, but it’s not what  some city leaders were ready to do.

“I’m not sure where we’re going with that so I’m very hesitant to supporting anything until I hear more about it,” said Mayor Pro-tem Bobby Williams.

The mayor requesting commissioners approve the creation of  a blue ribbon citizens committee to look things the  powers of the mayor and administrator, and providing salary increases for commissioners and mayor.

“I’m going to remain firm on my statement and my feeling about it I’m satisfied I’m not going to take part in the blue ribbon panel discussions,” said Commissioner John Clarke.

The mayor also asking commissioner to review the feasibility and cost of giving  landlords providing affordable housing who haven’t evicted any one up to a fifteen percent city property tax break.

“I haven’t research this that much but that doesn’t sound like a great idea,” said Commissioner Sammie Sias.

Commissioners voting to send those two  proposals  back to committee for more discussion.

But city leaders did approve another mayor proposal to have the administrator  review the feasibility of transitioning the cities non-emergency vehicles  to electric; the  report to come  back in 60 to 90 days.  in Augusta George Eskola WJBF NewsChannel 6.