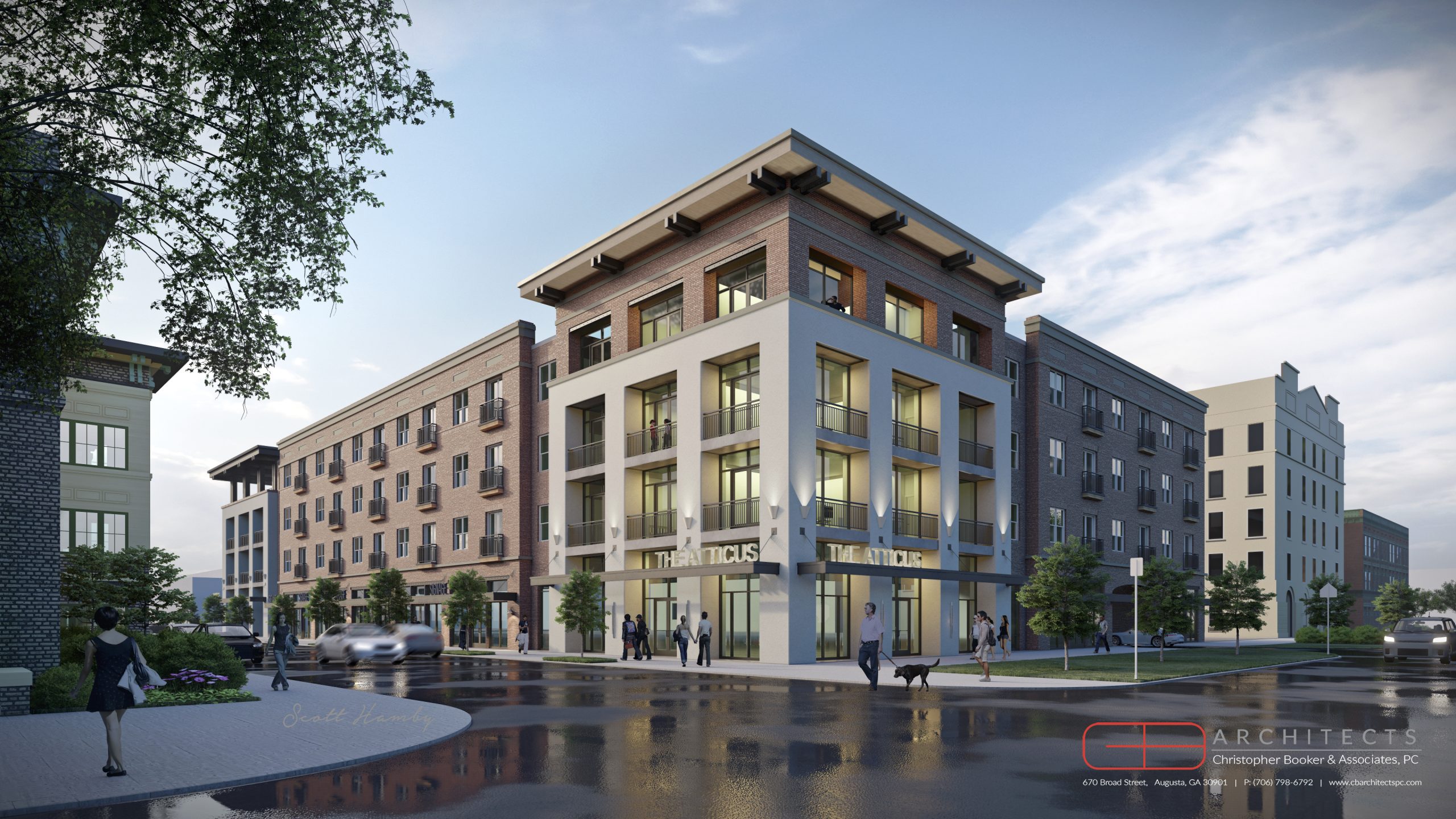 AUGUSTA, Ga. – A $45 million apartment project in Columbia County is moving forward more than a year after neighboring residents predicted it would spur dangerous traffic congestion next to a school.

Despite the protests, the possibility of an expensive lawsuit tied to the land’s zoning status helped keep the project alive.

Grand Oaks at River Island is slowly taking shape on Blackstone Camp Road, which connects to Furys Ferry Road near its intersection to Evans to Locks Road.

Foundation slabs have been poured for “over 75% of the buildings, according to Matt Mills, executive vice president of the company overseeing the project, Southeastern Development. Initial plumbing has been roughed into the slabs, and framing was expected to start this week.

“The first buildings framed will be our amenity buildings, which consist of a fitness center, clubhouse and a leasing office,” he said. “We hope to start the pool in March.”

About two-dozen buildings containing 274 units will open for occupancy in phases, perhaps three or four buildings at a time. Completion is expected in 20 months, Mills said.

Opposition to the development plan surfaced almost two years ago, when residents of the River Island subdivision on the other side of Blackstone Camp Road approached Columbia County commissioners with concerns about traffic. River Island was being built at about the same time Stallings Island Middle School opened across the street in 2006, and more vehicles brought more problems, residents said.

“No one can say that we are looking at the same landscape as nearly 20 years ago,” resident Allison Sheets told commissioners at a March 2019 meeting.

In the months that followed, developers and county planners reviewed and changed conditions for development. The number of units fell to 274 from an original 305. An easement and excess property were set aside for a sidewalk and for greenspace. Planned road improvements will include turn lanes to help ease traffic flow.

But when the Columbia County Planning Commission recommended in December 2019 that the apartments should be approved, it ruled that the developers not only agreed to several changes but that the land has been zoned for apartments since 2002, when the land was virtually undeveloped. While the area’s population changed over the next 17 years, the zoning designation didn’t.

“If the request came before staff today it would not fit within the character area and would likely not be included as a part of staff’s recommendation to the commission,” the Planning Commission said in its final 2019 recommendation. “However, it must be noted that River Island was approved in 2002 with approval for both apartments and townhomes in the PUD. The applicant and owner currently have vested rights to build both of these uses on the respective properties.”

Also, on more than one occasion when residents approached the commission about Grand Oaks, Chairman Doug Duncan said that if the county changed the zoning on that property to disallow apartments, the county could be sued by the property owners in a lawsuit that the county not only would likely lose but also put taxpayers on the hook to pay for part of the development.

An Augusta Chronicle editorial at the time said that, given the 17-year span, “River Island residents must feel like they’re being run over by a snail.”

“Or a slug,” resident Kep Davis said this week.

Davis was one of several residents to address the Planning Commission more than a year ago. “Specifically we were complaining about traffic and infrastructure and public safety around that area at Stallings Island Middle School with the increased traffic,” he said.

But when the full county commission voted unanimously Dec. 17, 2019, to follow the planning commission’s recommendation to move the project forward, the opposition effort faded.

“I think we sort of felt, I don’t know, defeated, I guess?” Davis said. “I think our group sort of felt that we made our best effort and we presented our concerns to the county board and the county commissioners and it just didn’t seem to go anywhere.”

He said he was unaware of the developers updating his neighbors on construction progress, “but all we see is the construction moving along across the way.”

Another concern from homeowners is that apartment complexes tend to elevate crime rates. Mills told county authorities he took Columbia County Sheriff Clay Whittle on a tour of a similar Southeastern development in Augusta, Grand Oaks at Crane Creek, that Whittle said at the time that ‘there had not been one single report” from there since being built in 2016. Mills also said that potential tenants undergo a rigorous screening process.

The Grand Oaks at River Island apartments, with Stallings Island Middle next door, are expected to be occupied by families who can’t afford to buy homes in Columbia County but still want their children to benefit from the traditionally heightened quality of the county’s public school system.

Commissioner Connie Melear, in whose District 1 the apartments are being built, said at that meeting that she still harbored deep reservations even though she voted for approval.

“My feelings about the apartments will not change. I still won’t like them,” she said. “I hope they’re very nice. I believe they will be. I believe that Southeastern will do a good job and that we’re going to make the best of this. I hope that after tonight we can all move forward with a neighborly attitude.”

Mills said Grand Oaks is following the “big house” design concept in which the groups of apartments resemble one big house, and almost half of the apartments will have garages. If the development was one-story instead of two-story, the units would be considered townhomes, he said.

“You’re always going to have people opposed to anything new or different,” Mills said. “But you know what the reality is? These are not going to be typical garden-style apartments.”

And it’s not even the most expensive apartment complex Southeastern has planned for Columbia County. Mills said the company plans to build more than 300 apartments and 10,000 square feet of retail space on an 80-acre plot where the Marshall Square retirement community caught fire in 2015. That $50-plus-million development will be part of the county’s plan to cultivate a “downtown” area in unincorporated Evans.

“It’s a pretty big investment to the community,” he said.

Other developers are organizing other apartment projects in Columbia County. Plans emerged last summer from a Louisville, Ky., development group and a Valdosta-based consultant proposing to erect 38 single-family units with %0%-to-60% rent subsidies.

If approved, the development is planned for 17 acres on Furys Ferry, across from the Elmcroft senior care home and next to a branch of Wells Fargo Bank where Furys Ferry intersects with The Pass.

The acreage also borders one of the county’s most upscale neighborhoods – the West Lake subdivision.

Commissioners felt raise talk was ok because of attorney