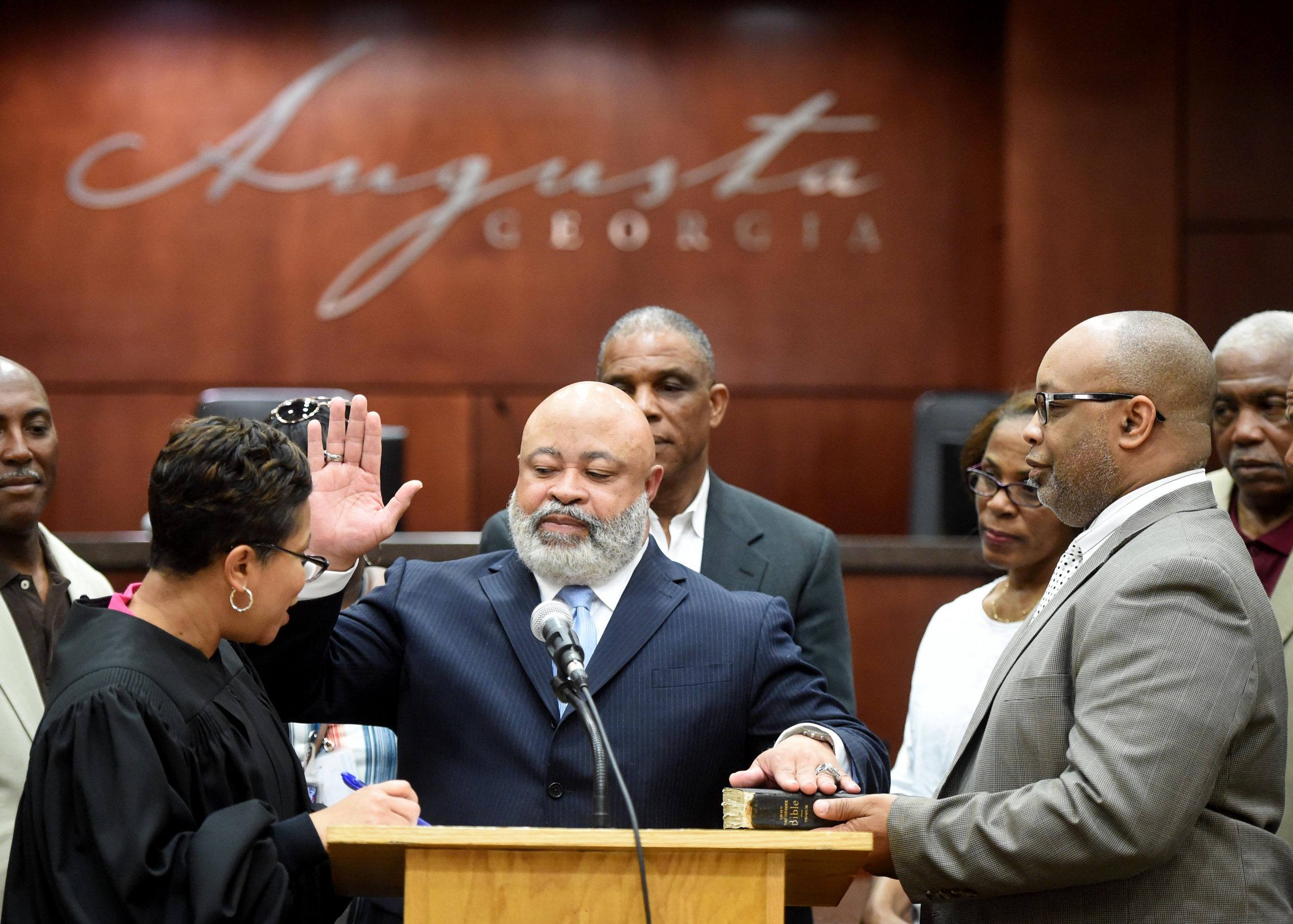 The mostly symbolic position is a two-year appointment. The mayor pro tem gets to preside over commission meetings in the absence of the mayor and represent the city at events, but it does come with a salary bump of about $10,000, bringing a commissioner’s salary to around $25,000 annually.

The mayor pro tem has one significant duty upon winning the post: to assist the mayor with making assignments to city committees, which they were doing late Wednesday.

The commission had three new faces at its first meeting of the year Wednesday, rescheduled from Tuesday, in Jordan Johnson, Catherine Smith McKnight and Francine Scott who were elected in August runoffs.

Bobby Williams, who was unopposed for reelection last year, started his tenure in 2019 with the comment he believes in: “BBB – Be Brief, Brother,” and generally hasn’t engaged in the lengthy haranguing that sometimes slows commission business.

He became known by his peers as outspoken after an incident involving a city subcontractor who damaged his neighbor’s mailbox and during a closed personnel session last year regarding Fire Chief Chris James, who resigned later in the year.

The commission canceled bimonthly committee meetings at the start of the pandemic but voted to resume them, live-streamed, next month.

The committee assignments made Wednesday are:

Local political analyst weighs in on events at U.S. Capitol