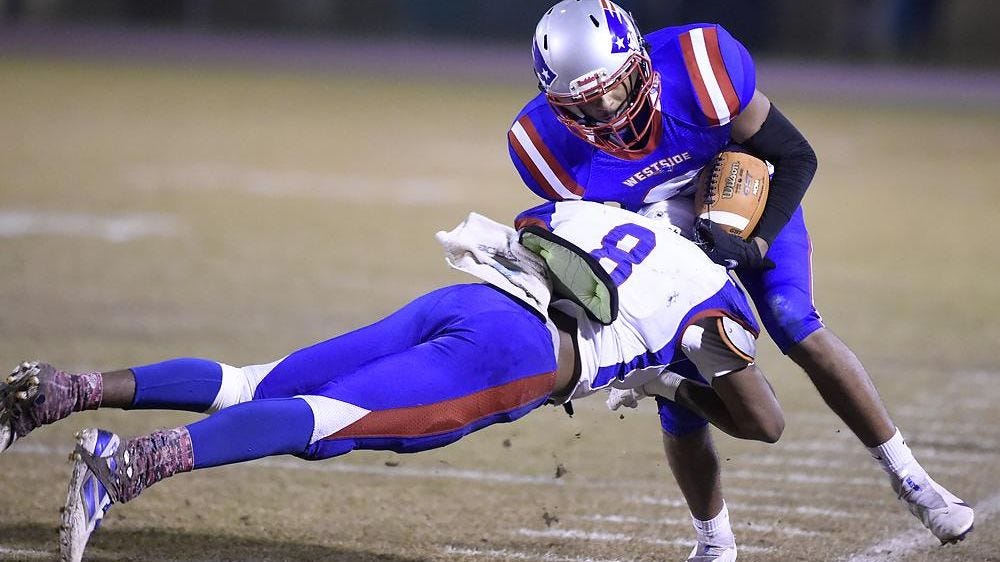 AUGUSTA, Ga. – We’ve finally made it to the playoffs.

All season The Augusta Chronicle provided area rankings with the 10 best teams in the area. This week is the final rankings of the regular season.

There will be a final area rankings after the football season has concluded.

How did your team finish in the regular season rankings? Will Cheney and Wynston Wilcox let you know.

1. Richmond Academy 9-1 (Last week’s ranking: 1) — The Musketeers finished their season the best way possible: undefeated in region play, a region title and a chance to host a playoff game. The No. 1 spot is deserved.

2. Evans 8-2 (3) — The Knights came from behind to defeat Alcovy en route to its second straight region title. They made their way into the top two after a strong season and five-game win streak.

3. Thomson 8-2 (2) — The Bulldogs finish the regular season rankings at No. 3. They fluctuated during the fall but found a way back into the top five. They hope for a deep playoff run.

4. Washington-Wilkes 8-1 (5) — The Tigers have a lot of momentum entering the postseason. They ran through the region, save for one loss, and have a great shot at success with Dalen Cobb and Zaikous Jackson.

5. Jefferson County 7-2 (7) — The Warriors make their debut in the top five in the final rankings. They secured their third-straight region title and are primed for a deep playoff run this postseason.

6. Greenbrier 7-3 (6) — The Wolfpack lost their final regular-season game, but that’s no indication of how this season went for them. In a new region and with a new quarterback, they managed to win seven games and grab a playoff spot. Win or loss in the first round, Greenbrier will have a lot to build on for next year.

7. North Augusta 5-2 (4) — The Yellow Jackets lost in the lower state semifinals last week to North Myrtle Beach, but that doesn’t define their season. Under first year coach Jim Bob Bryant, the Yellow Jackets will be back next season and they will be hungry.

8. Westside 6-4 (NR) — The Patriots return to the top 10 after defeating Oglethorpe County to secure a playoff spot. They are one of Region 4-AA’s hottest teams and could pull off the upset in the first round thanks to a stout defense.

9. Aquinas 7-3 (8) — Aquinas is on a three-game losing streak and looking to get back on track in the first round of the playoffs.

10. Augusta Christian 9-2 (NR) — With Laney getting bounced after an investigation required them to forfeit games, the Lions come in at No. 10. Their season ended two weeks ago, but nonetheless, were one of the hottest teams this season.

3. North Augusta 5-2 (2) — North Augusta fell hard to North Myrtle Beach in the second round of the SCHSL 4A playoffs, but the first season of the Jim Bob Bryant era was a resounding success.

4. Thomson 8-2 (4) — Thomson is, without a doubt, the best team in the area without a region title to show for it. The Bulldogs host Tattnall County in their 3A playoff opener this week.

5. Washington-Wilkes 7-1 (3) — The Tigers host Taylor County in their Class-A playoff opener this week, allowing the rest of the state to see what Dalen Cobb and the Washington-Wilkes offense has been doing all season.

7. Greenbrier 7-3 (6) — While its regular-season finale ended on a sour note, Greenbrier’s comeback season isn’t done yet. The Wolfpack face Decatur on the road in the 5A playoff opener this week.

8. Augusta Christian 9-2 (9) — Augusta Christian’s season came to an unfortunate end after a chance at revenge against Hammond fell short. The high-powered Lions’offense made its presence known this year and they’ll be back on the big stage soon.

9. Aquinas 7-3 (8) — After a promising start to the season, Aquinas (0-3) flopped in region play. The Irish have a chance to save their season in the Class-A playoff opener at Eagle’s Landing Christian Academy.

10. Westside 6-4 (NR) — Westside pitched a shutout over Oglethorpe county to punch its ticket to the 2A playoffs. The Patriots head to Thomasville on Saturday.