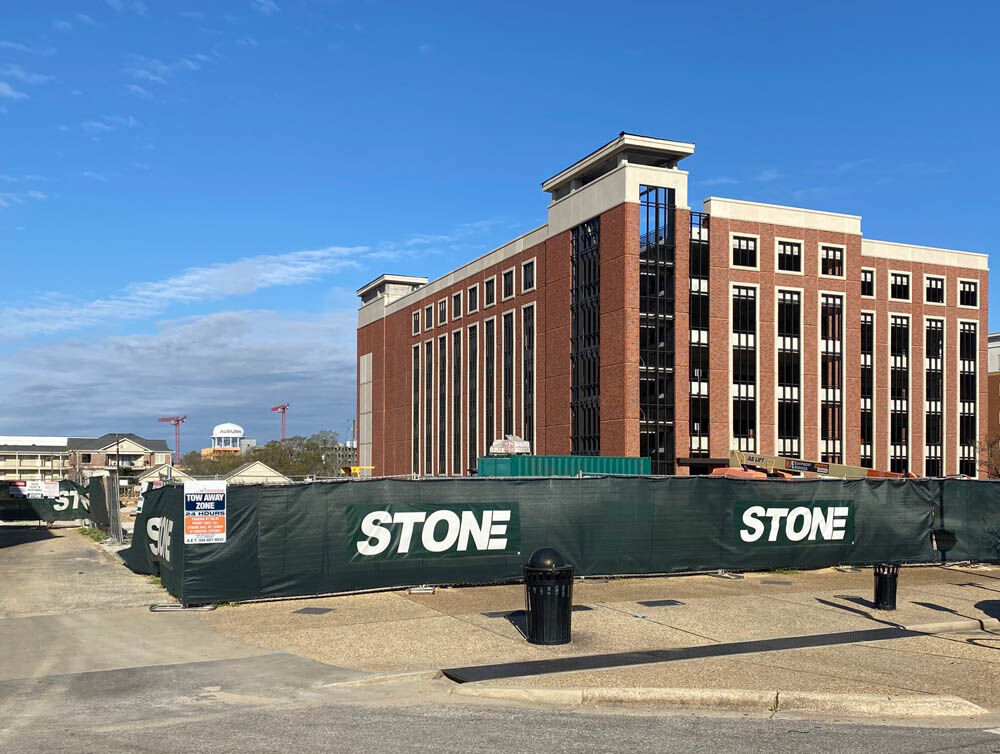 GEORGIA – An empty space in downtown Auburn may get filled with new retail space and over 100 apartments, pending city approval.

JNS Realty, an Athens, Ga.-based developer, wants to build a 19,000-square-foot retail space under 113 apartments at 129 N. College St., according to principal owner John Stamm, who also stressed that the studio, one-bedroom and two-bedroom apartments would not be marketed to college students.

“After all of the recent student housing construction, there is a market need in the downtown area for market-rate units (apartments),” Stamm told the Opelika-Auburn News.

Stamm said his company has been working with city planning officials for nearly a year and a half to craft the plan for the site, which sits just north of Charming Oaks on the old University Inn site and east of the city’s new parking deck now under construction.

The company has lined up a “recognizable” national retailer for the street level space, but Stamm declined to identify it. He also declined to speculate about monthly rate on the apartments.

The developer said the public would be “very impressed” with the designs for the site. He plans to submit them – along with the rest of JNS’s plans – to the Downtown Design Review Committee by the middle of the coming week, he said.