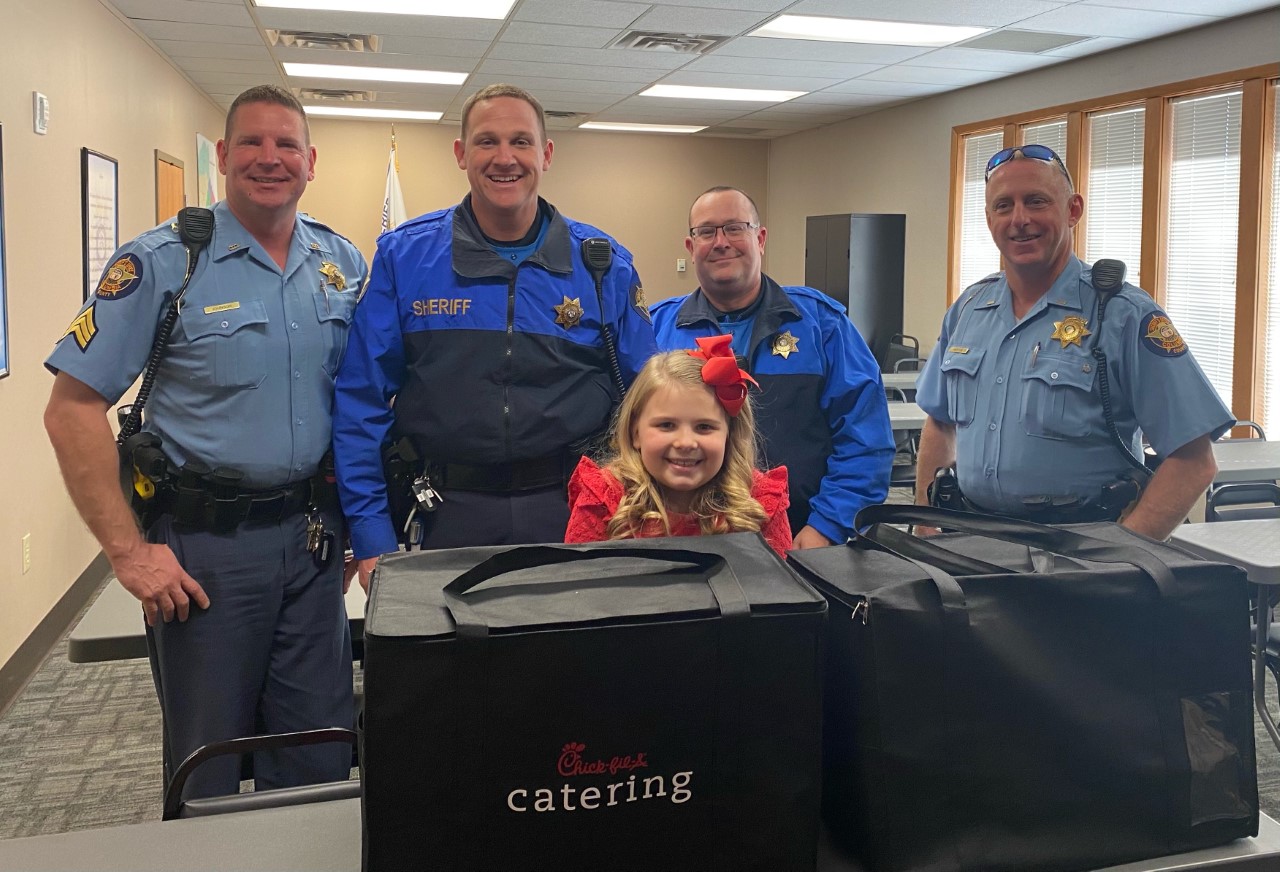 AUGUSTA, Ga. – It’s the season for giving, and 7-year-old Riley Hall gave the sweetest gift of all.

“Well, I was thinking one day about how some people help us and some people save us and how we can repay them back,”

She used her 9,600 saved Chick-Fil-A points to surprising police officers and firefighters with a Chick-Fil-A sandwich.

“We were trying to do it because we knew that they were helping us a lot and trying to make sure that all of us are safe and sound,” Riley said.

And she also got a surprise of her own.

“…We said this is something we really want to get behind and help this young lady out in her pursuit in continuing to impact the community. So, we said, ‘how bout lets match the donation…,” Owner John Powell said.

In addition to giving Riley another 19 sandwiches, the local Chick-Fil-A made them all into full meals.

“We were really glad about that actually, and we were super excited because we wanted to give back to the firemen and the police officers,” Riley said. “Yeah, and they made them into whole meals which made us even more happy.”

And Riley’s giving didn’t stop at Chick-Fil-A. Just a few days before, she delivered 10 care kits to a homeless shelter using allowance money she saved all year for that purpose.

“They have socks, they had toothbrushes, all your toiletries, then they had two–I think three snacks in each little kit.”

And her favorite thing about it all: “Helping people and showing them that we appreciate them,” she said.

It’s true Riley has a passion for helping others and a heart for giving.

This was the first year Riley came up with both giveaway ideas. She says she might do the same next year too.