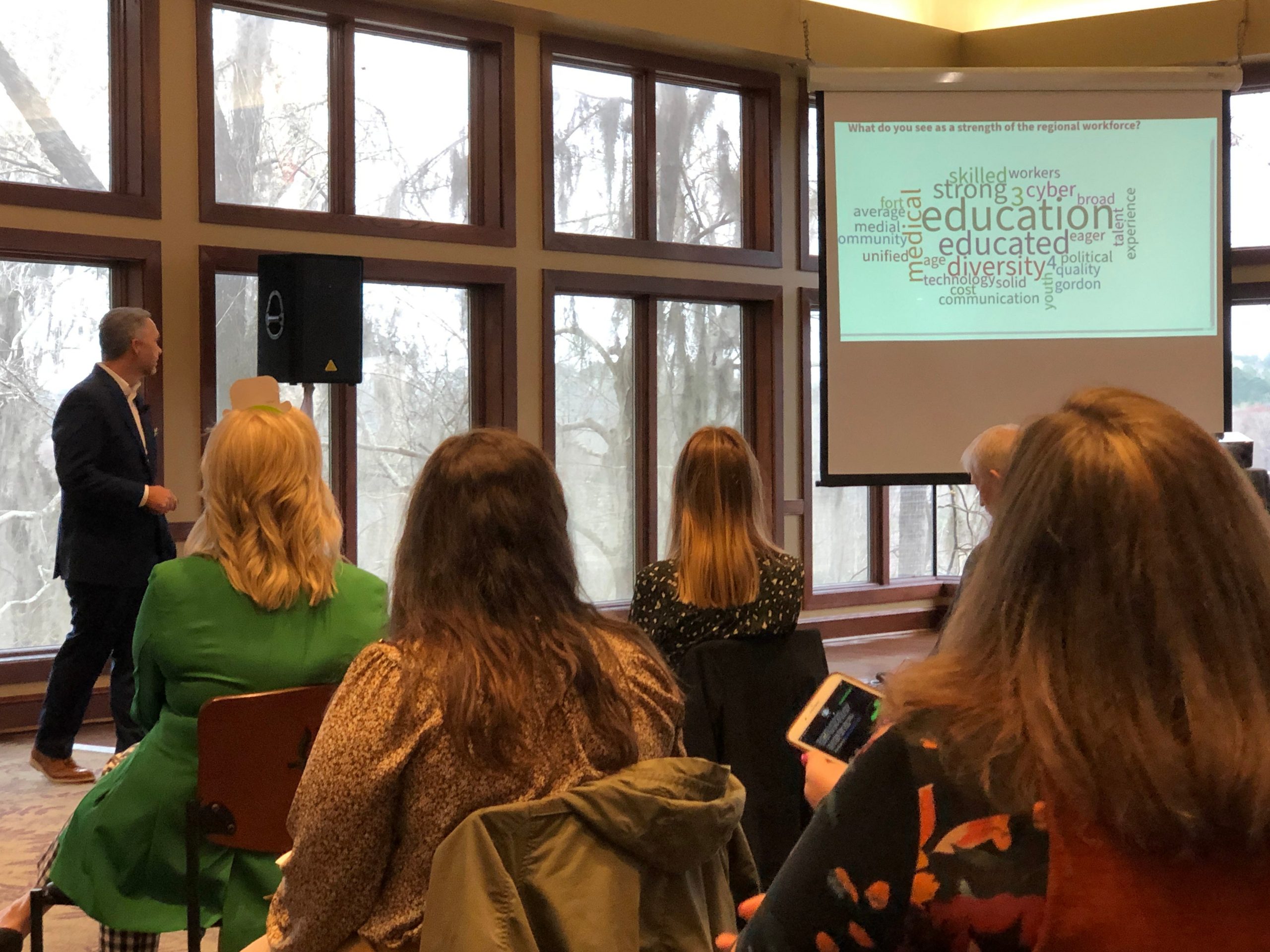 AUGUSTA, Ga. – Success for the Augusta region will mean harnessing the full potential of the area’s exceptional workforce, a study has recommended.

The regional workforce study – commissioned jointly by economic development entities in Richmond, Columbia and Aiken counties – produced findings that both reflect and challenge many public preconceptions of which area employers are the biggest and what they want out of workers.

The findings were presented Wednesday by Robbie Bennett, executive director of the Development Authority of Columbia County, during the Columbia County Chamber of Commerce’s Executive Luncheon Series at Savannah Rapids Pavilion.

A community’s workforce is “the differentiator now” among other aspects such as tax incentives and logistics that help attract business and industry to certain municipalities, Bennett said.

“Workforce availability has become the No. 1 issue in economic development,” he said. “I could have the most perfect site in the world, but if I didn’t have the workforce to support a project, it’s never going to happen. It’s not going to matter.”

To immediately gauge the opinions of the approximately 160 people in the socially distanced audience, participants texted answers to questions posed by Bennett, who then collated them into real-time word clouds, which graphically depict the frequency of words from a particular source.

Those opinions then were compared alongside some of the study’s findings.

When the audience was asked which industry sector added the most jobs to the Aiken-Augusta region in the past five years, “cyber” emerged as the most popular answer.

That’s not what the study found. Cyber as a whole is huge for area industries, Bennett said, but because the work is performed across different fields, it resists statistical classification among more conventional job categories.

So, from 2014 to 2019, the construction industry has added more than 1,000 workers, outpacing health services; accommodations and food services; and manufacturing, which were the top runners-up.

“We don’t know who they are, where they are, why they left, why they chose not to participate,” he said. “To make it even more confusing, we drop down to 246,000 actually employed, which means we’re not even up to the employment levels that we were at a year ago today. There are still a lot of people looking for jobs.”

Addressing people who might be concerned about new Amazon facilities in Columbia County potentially subtracting from existing workforces, Bennett said that “there’s 11,000 people that we can bring back in, we can fill every one of those jobs and have a surplus for future growth as well.”

Asked to guess the region’s greatest workforce strength, more members of the audience replied “education.” But if you look at the study, Bennett said, “the education piece really isn’t prominent on there as you might expect.”

The top strengths included population growth. In the past five to 10 years, Bennett said, an average of 17 people a day have been moving to the Augusta region – and 10 of those 17 settled to Columbia County.

Another strength was labor draw from as far as 45 to 60 minutes away. Bennett said a 2015 study found a labor pool in the Augusta region estimated at 400,000 people.

Another strength: the region’s exiting military and the resulting population. Military members leaving the Armed Forces can further benefit the area through actions and policies that haven’t yet been fully explored. Bennett said considerable funding is  available for businesses to job-train veterans.

“That’s wonderful. We need more of them. They have great skillsets,” he said.

But on one question, the audience landed spot-on. Both they and the study concluded the No. 1 skill desired among new employees is, collectively, “soft skills,” an umbrella term that covers successfully imparting communication, interpersonal skills and critical thinking.

“None of this really surprises me at all,” Bennett said. “It lines up actually quite nicely with the recommendations of the workforce study. The question is, what do we do about it?”

The study provided an answer through five recommendations:

Bennett added a sixth recommendation he called his “soapbox” – attracting talent to the region.