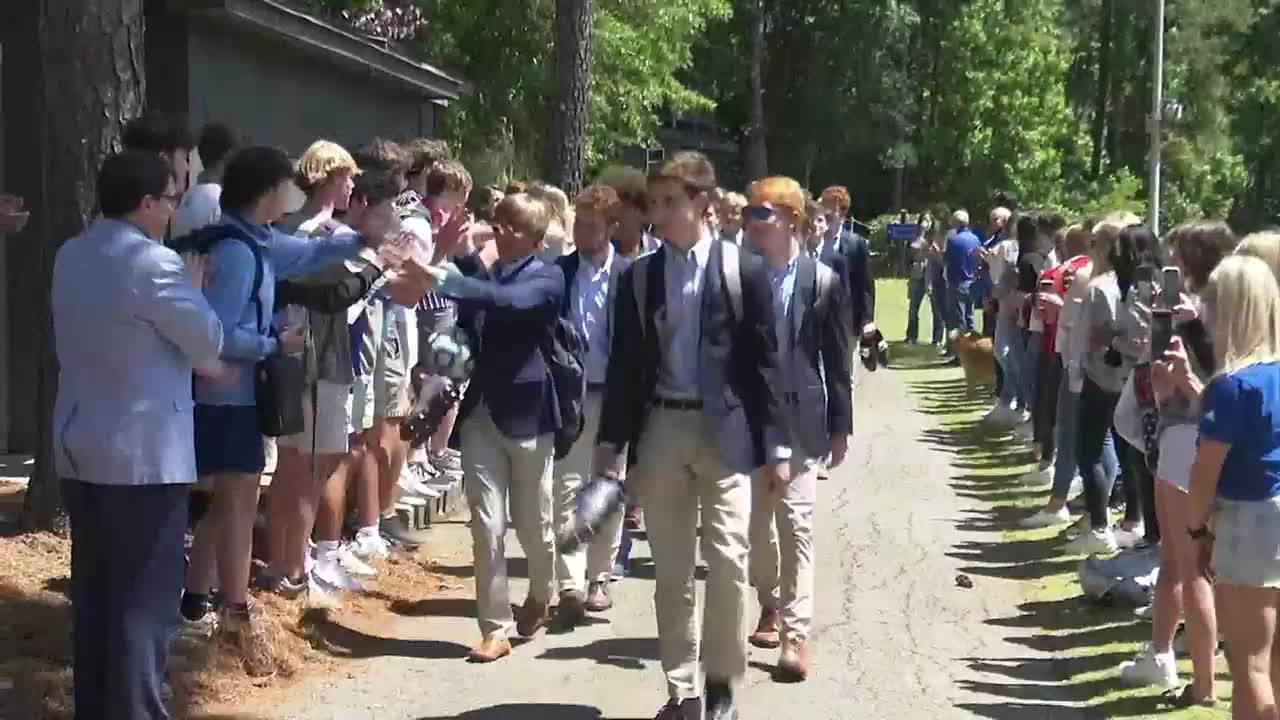 AUGUSTA, Ga. – Smiles and cheers all around for the Westminster boys soccer team. Today the school held a “State send-off” as the boys head to Macon for a shot at the state title. And not just any state title, their seventh state title in a row.

“We got your back. We’re here for you. We support you.” That was the message from the Westminster community to the boys’ soccer team. Parents and classmates lined up with gift bags and good lucks as the team boarded the bus to Macon for the final four.

“It’s encouraging to the whole team and the coaching staff just to have that support,” said William Campbell, a senior at Westminster Schools of Augusta.

Support for a soccer program with a history of greatness. The Wildcats are looking for their seventh straight state title.

“It only amplifies the emotions of the game,” said

Head coach Sean McLarnon has been on the sidelines for the entire championship streak and the head coach for the last three.

“Each year the team is drastically different. We haven’t played the same system two years in a row,” said McLarnon.

While the teams may look different, the results of the past six years have been the same. As the titles pile up expectations rise. McLarnon says with the pressure of keeping the streak looming, he tries to lock in on the little things.

Blocking out some of the noise sure. But this noise is always welcome.

The Wildcats are playing Frederica right now and we’ll have an update on that game tonight.