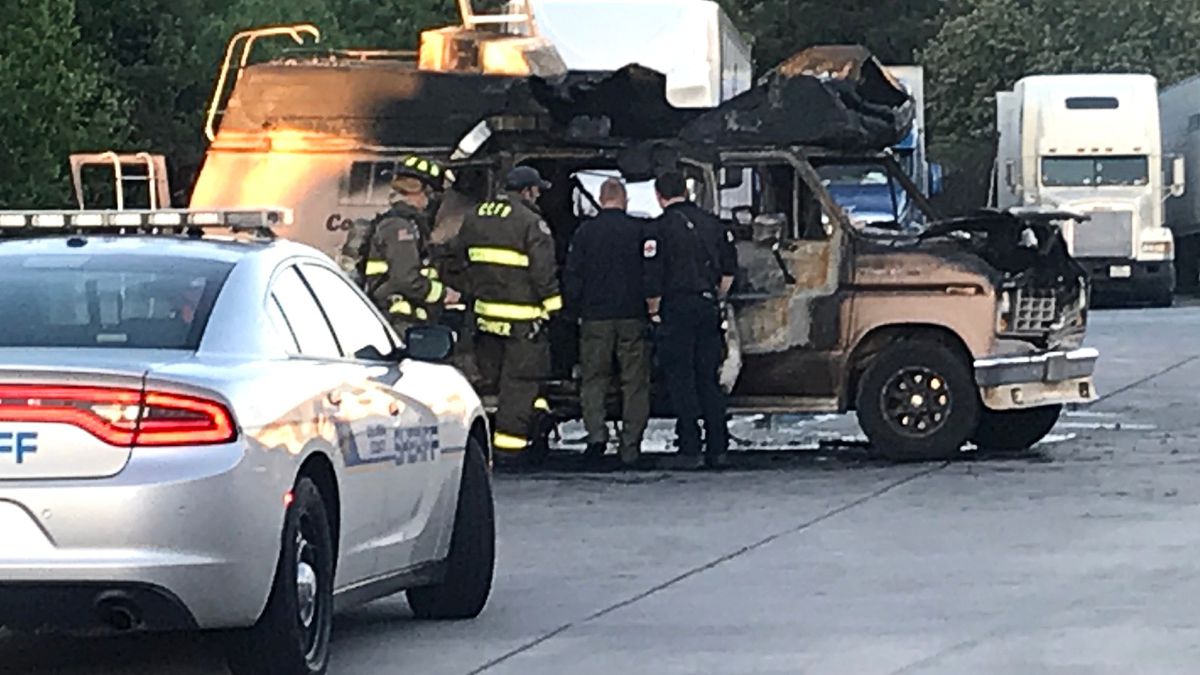 It happened around 3 a.m. at a Pilot gas station at Jimmie Dyess Parkway and Interstate 20 on the south edge of Martinez, according to authorities.

The Columbia County Sheriff’s Office said a man filled up the van with gas and then parked in the rear of the Pilot. A short time later, “the clerk and a witness heard a loud boom,” sheriff’s Maj. Steve Morris told News 12. When they walked outside, they saw the van on fire.

When deputies arrived, they found the 1988 Ford Econoline 250 van engulfed in flames. After fire crews put out the flames, they found a burned body in the van, according to the sheriff’s agency.

“Heaviest fire load at time of arrival was in the passenger living area,” the Columbia County Fire Department stated in its incident report on the blaze.

After the fire was out, “Extrication tools were used to access locked areas of the vehicle. One deceased occupant was found inside the vehicle in the passenger living area,” the report states.

At the scene, the fire appeared to have affected the engine compartment as well as a roof extension shell on top of the van.

The Columbia County Coroner’s Office only identified the victim as a white male, but the staff has an idea who the victim is. The staff says it’s unlikely they’ll release the victim’s name before Tuesday. As of 5 p.m. Monday, the staff said there was nothing new to report.

The body was sent to Atlanta for a formal investigation with a medical examiner.

Whether the incident is suspicious is still up in the air.

The Columbia County Fire Department reported that the area of origin, heat source and first item ignited were undetermined. Its report stated there were no human factors contributing to the fire’s ignition.