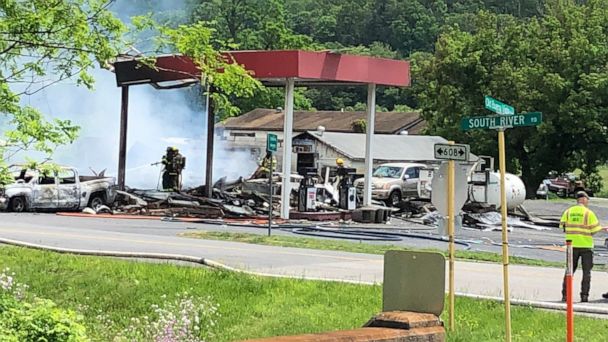 “He lived in the van,” King said. She described the vehicle as a “Coachman-style” van equipped with a camper attachment.

Authorities suspected Andrews’ identity initially after recognizing his Ford van and matching the license plate to Andrews, King said. Though he stayed in the Augusta area, “he didn’t have a permanent address,” she said.

The specific cause of the fire still is under investigation, King said.

Firefighters responded just after 3 a.m. Monday to the Pilot Travel Center on Jimmie Dyess Parkway just south of its intersection with Interstate 20 to douse a reported vehicle fire, and found the van in flames.

County Coroner Vernon Collins drove the body to the Georgia Bureau of Investigation Crime Lab in Decatur for an autopsy.

Van fuels up, then ‘boom’; 1 dead in Columbia County