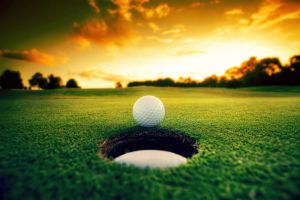 The tournament will take place March 31-April 3 in Augusta, Ga.

Sambach, one of the nation’s top junior golfers, signed a national letter of intent with UVA last fall. She received an invitation to the field for the Augusta National Women’s Amateur in 2020 thanks to her amateur ranking at the time.

Last fall, she tied for seventh at the Symetra Tour Championship while playing with an amateur exemption.

A six-time American Junior Golf Association champion, she took medalist honors at the 2020 Fayetteville Open and shared the individual title at the 2020 Make-A-Wish Foundation Open.

Former UVA standout Anna Redding competed in the inaugural Augusta National Women’s Amateur and advanced to the final round of competition. She had the honor of being the first woman to ever tee off at Augusta National Golf Club in a championship event.