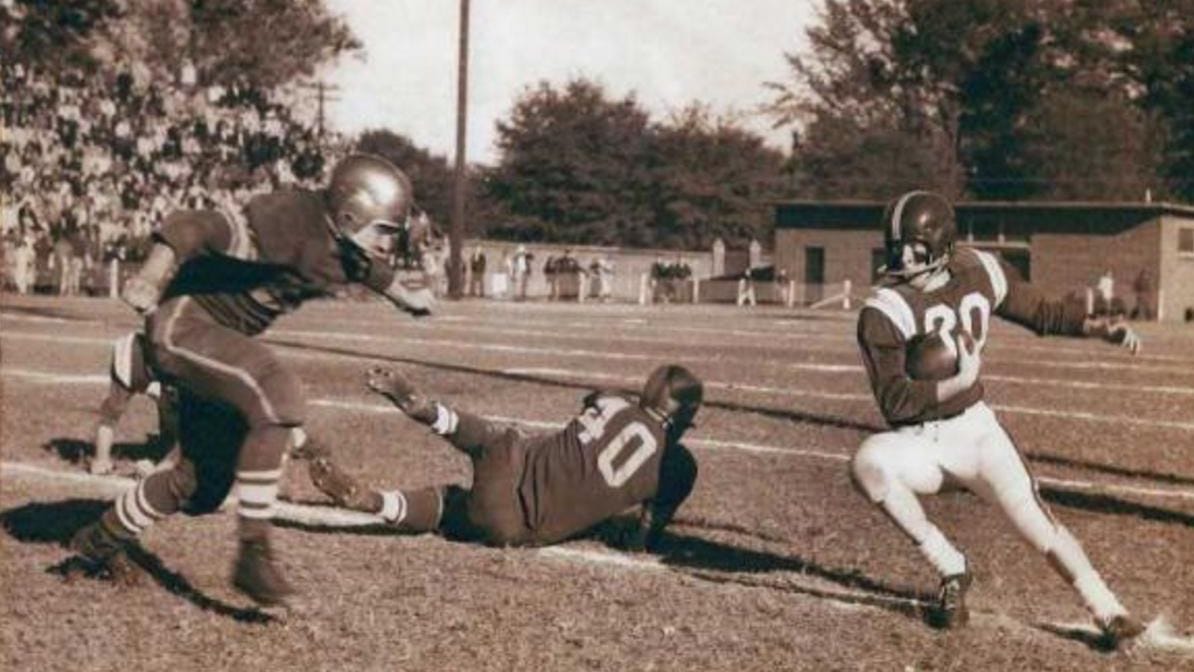 AUGUSTA, Ga. – It might have been the biggest football game in Richmond County history and it ended in a 0-0 tie.

That Thanksgiving Day game was played before fans packed into ARC Stadium on a cold, but sunny November Thursday.

“The Irish accomplished something no other team had been able to do this season in holding Richmond scoreless,” Chronicle Sports Editor Johnny Hendrix wrote. “This was a game of heroic defensive football played before a crowd of some, 6,000 who wore heavy coats and wrapped in blankets to ward off the marrow-chilling wind.”

“All my boys were great today,” Catholic Coach Denny Leonard said after the game, wiping away tears of joy.

Although Richmond’s Tony Atkins would gain 100 yards and be voted the game’s outstanding player, it was the Irish defense that kept the future state champions out of the end zone.

Cameron Champ honors his grandpa in a very personal way