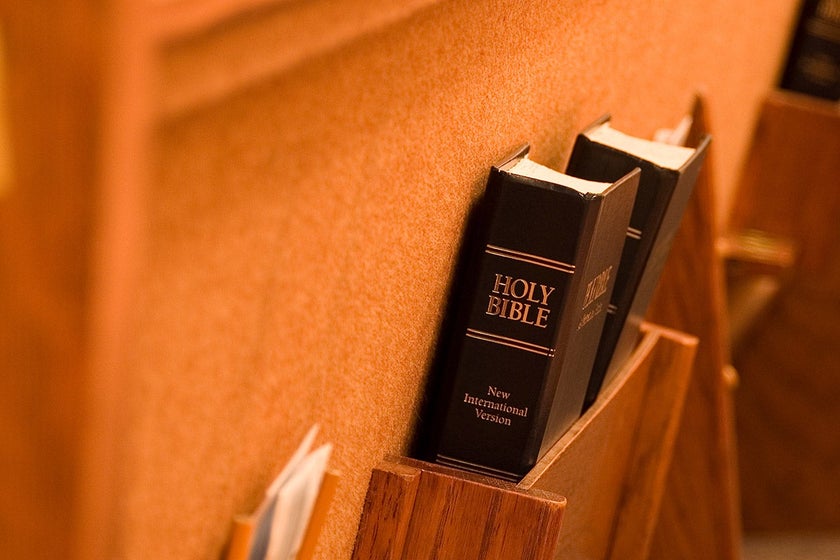 GEORGIA – On Tuesday, the Southern Baptist Convention, the nation’s largest Protestant denomination, expelled four churches. Two were voted out for employing pastors convicted of sexual crimes involving minors. But the other two—Towne View Baptist Church in Kennesaw, Georgia, and St. Matthews Baptist Church in Louisville, Kentucky—were found to be out of step with the SBC for “affirming homosexual behavior.”

To understand what drove a small church to break with tradition, Slate spoke with Jim Conrad, the pastor of Towne View, the day after his church’s expulsion. This interview has been edited and condensed for clarity.

Molly Olmstead: How did this all start?

Jim Conrad: In May of 2019, a man emailed me and said that he and his partner were gay, they were going to be moving to the area from out of state, and they were looking to provide for their three sons the kind of experiences in church that they’d had growing up. Our church had just not encountered that before.

So we talked, and he just point blank asked me the question: Will my family be welcome in your church? I’ve never had anybody ask me that question before, but I knew in my heart I couldn’t say no. So I said, “Why don’t we let you guys come and worship with us? See how that goes. Then we’ll get you involved in a small group Bible study and get the boys in Sunday school and let you get to know some other younger adults in a smaller setting. And then if you feel like this is right—to talk about membership—then I’m going to want to do my homework.”

There was nothing in our bylaws that would prohibit it; it just hadn’t been addressed. So we got to that point, and toward the end of the summer, I shared with our deacons, who also serve as our membership committee, my story of my evolution on the issue of the LGBT community and faith, and that I would be recommending to them that we adopt a policy that would explicitly state that we would welcome anybody as members who profess Jesus as Lord regardless of their sexual orientation or gender identity.

What was the story of your personal evolution?

My earliest churches taught a traditional perspective that homosexuality is a sinful wrong. I grew up in South Florida during the time Anita Bryant was leading [anti-gay] protests, and I was a teenager just wondering why this one sin was garnering so much more attention than others. I got a little older and began encountering people whose lived experience was that it was not a choice; it was just who they were. And some of them were believers. And that really left me scratching my head.

Several years ago, the Pulse nightclub shooting jarred me as a pastor. And I addressed that in my Father’s Day sermon the next morning—that we’ve got to stop the hate and the violence against the gay community. And so all that came together to lead me to that point of saying, OK, this is where I am. And if the church goes with me on this, great. And if it doesn’t, then I’ll probably be looking for another job.

What happened after you approached the church with your position?

Over the next several weeks, we had congregational meetings, which very few of the folks who were opposed to it chose to participate in. We are a Baptist Church, so we vote on these sorts of things. And it was approved by about a 70 percent majority. About a third of our participants left. And the rest of those that stayed were excited about being in a church that had made clear their commitment to this issue. And so then we started rebuilding.

What did you hear from people who stayed?

That they were proud of their church. That if the vote had gone the other way, they would have left.

Were you at all surprised by how that vote went down?

No. Before we took the vote, I had a pretty good idea of what the outcome would be. And I also knew that there would be people who would leave. And that hurt, because some of them we had shared life with for 20, 25 years. And that wasn’t easy. That was a much more difficult time than this is. So we did most of our grieving then and are just excited about the future before us now.

Where did the third who left go?

Commissioners all on board opposing Georgia election law changes