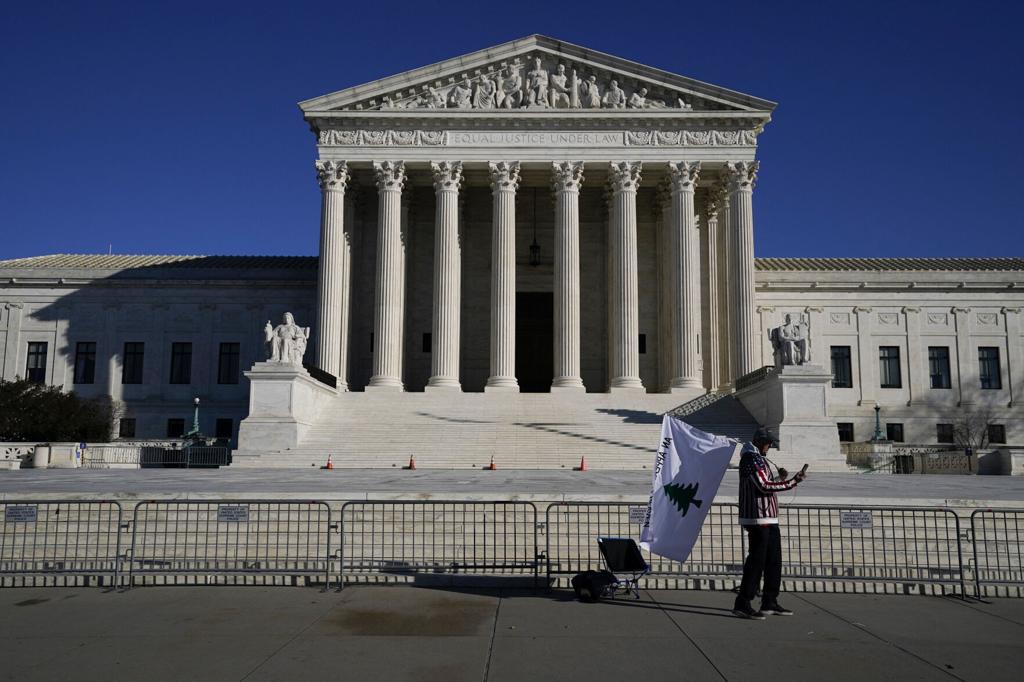 GEORGIA –  The Supreme Court on Tuesday wrestled with whether to revive a lawsuit brought by a Georgia college student who sued school officials after being prevented from distributing Christian literature on campus.

The school, Georgia Gwinnett College, has since changed its policies and the student has graduated. A lower court dismissed the case as moot and an appeals court agreed, but the student, Chike Uzuegbunam, is urging the justices to allow the case to move forward. He’s seeking just $1 and says he wants the Lawrenceville, Georgia, school to be held accountable for its past policies.

Groups across the political spectrum including the ACLU say the case is important to ensuring that people whose constitutional rights were violated can continue their cases even when governments repeal the policies they were challenging.

During arguments the justices heard by phone because of the coronavirus pandemic, both conservative and liberal justices expressed some concerns with Uzuegbunam’s argument. Chief Justice John Roberts suggested to Uzuegbunam’s attorney, Kristen Waggoner of the group Alliance Defending Freedom, that it was problematic that “the only redress you’re asking for is a declaration that you’re right.” And Justice Elena Kagan noted that “people can’t bring a suit for pure vindication alone … for the psychic satisfaction that it gives to hear a court say that.”

Kagan, however, also brought up what she said was the most famous case she could think of where someone had sought a symbolic $1 in a lawsuit. In that case, former radio DJ David Mueller sued singer-songwriter Taylor Swift after she accused him of groping her, saying he was falsely accused and lost his job as a result of the allegation. She countersued for $1 alleging sexual assault.

“ That’s what happened. The jury gave her $1,” Kagan said, later adding: “Why isn’t that the same as this? The petitioner here says he was harmed. He wasn’t able to speak when he should have been able to speak…He’s just asking for $1 to redress that harm.”

Justice Brett Kavanaugh also told Georgia Solicitor General Andrew Pinson, the lawyer representing Georgia Gwinnett College officials, that it “seems that there are a number of things working against you here.” But Kavanaugh also sought to explain why the case has continued.

“I’m trying to, again, figure out what’s really at stake here. This is not about the $1, I wouldn’t think,” he said at one point, adding that it was his “strong suspicion that attorneys fees is what’s driving all this on both sides.”

Georgia Gwinnett College for years had a restrictive policy that limited where students could make speeches and distribute written materials to two “free speech expression areas.” Students had to get permission to demonstrate, march or pass out leaflets in other areas. The school has approximately 12,000 students.

In 2016, Uzuegbunam was distributing Christian pamphlets and talking to students on campus when a security guard told him he’d need to make a reservation and distribute the literature in one of the college’s two speech zones. But when Uzuegbunam did, he was approached again and told that there had been complaints and that he’d need to stop.

Uzuegbunam and another student, Joseph Bradford, sued, and the college changed its policy in 2017. Students can now demonstrate or distribute literature anywhere and at any time on campus without having to first obtain a permit. The only time a group needs a permit is if it expects 30 or more people to participate. The college has said it won’t go back to its old policy.

Uzuegbunam has the support of the Trump administration as well as a host of religious groups.

Son arrested for arson after mother dies in Georgia fire