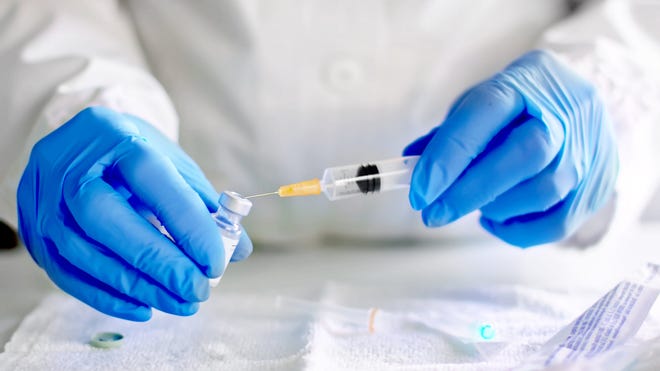 AUGUSTA, Ga. – As the United States has now reached half a million COVID-19 deaths, more people here locally are hoping to get vaccinated to protect themselves.

But some are skeptical as the vaccine comes with some side effects. And believe it or not, those side effects could be a good sign.

Three different people, all receiving the same vaccine, all facing different reactions their second go around.

“I underestimated those side effects. I wasn’t as prepared for the intensity,” Scott Killebrew said.

Killebrew says the hardest part was the second dose of the Moderna vaccine, which caused his fever to skyrocket to nearly 103 degrees.

But just as quickly as it came on, in less than 48 hours the worst was over.

And others who have gotten their second dose didn’t experience anything at all.

DB Atkins also received a second of the Moderna vaccine.

“In all honesty when people found out I got that second shot, they were almost trying to talk me into being sick. I’d tell them, ‘Hey… I feel okay,’” Atkins said.

And it’s common for the second shot to be the hardest, according to Dr. Phillip Coule, chief medical officer of AU Health.

The first dose is like riding a bike with training wheels. The second dose steps things up a level.

“And the second time, the second dose really creates a more complete and full response of the immune system,” Coule said.

Your immune system response is proof that the vaccine is working. But even those with those reactions, many say there’s a bigger picture.

“I feel like I’m a lucky one if, you know, just a few days out of work is all it takes. My gut to stay home in my bed versus a hospital bed. I’d do it all over again,” Atkins said.

Coule says he’s seen confusion circulating on social media about the effectiveness of vaccines outside of the U.S. He wants to remind people not every vaccine is the same.

And we are not using the same types of vaccines as some other countries.

Coule says the two vaccines here in the U.S. are 94 to 95 percent effective and are very safe.