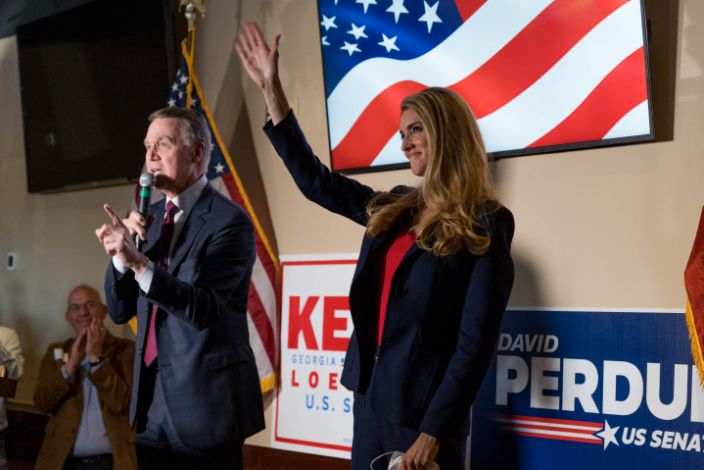 Trying to convince voters she should remain in office, Loeffler called the campaign stop at 2nd City Distilling Company a “Senate Firewall” rally.

She said, “We are the firewall into stopping socialism in America.”

The senator said if she wins next week’s runoff against Democrat Raphael Warnock, getting the economy back on track is at the top of her agenda.

“What you see across the country are lockdowns. You see people that are concerned about their livelihoods. We have to make sure we get our economy reopen so I know how to do that and fight for Georgians to live their American dream,” explained Loeffler.

“We’re really excited about making sure that she gets into the senate to protect our constitutional republic,” said Jennifer Fleming.

Early voting numbers have been setting new records. In Richmond County, the Board of Elections reports nearly 46,500 people have cast their ballot early, either through mail or in person. Voter turnout is more than 30% and turnout matters because Georgia’s runoff will determine which party controls the US Senate.

“The future of the country is on the line here in Georgia. There’s two different paths. It’s a distinct contrast between my path. Fighting for the American dream, fighting for opportunity, protecting our God-given rights. And the path of the Democrats, they want to take away our rights. They want to raise taxes,” said Loeffler.

Fleming added, “We have children and we want to make sure that the freedoms in the country are kept for our prosperity. And for everyone to be able to enjoy freedom and liberty. We’re all about freedom over tyranny.”