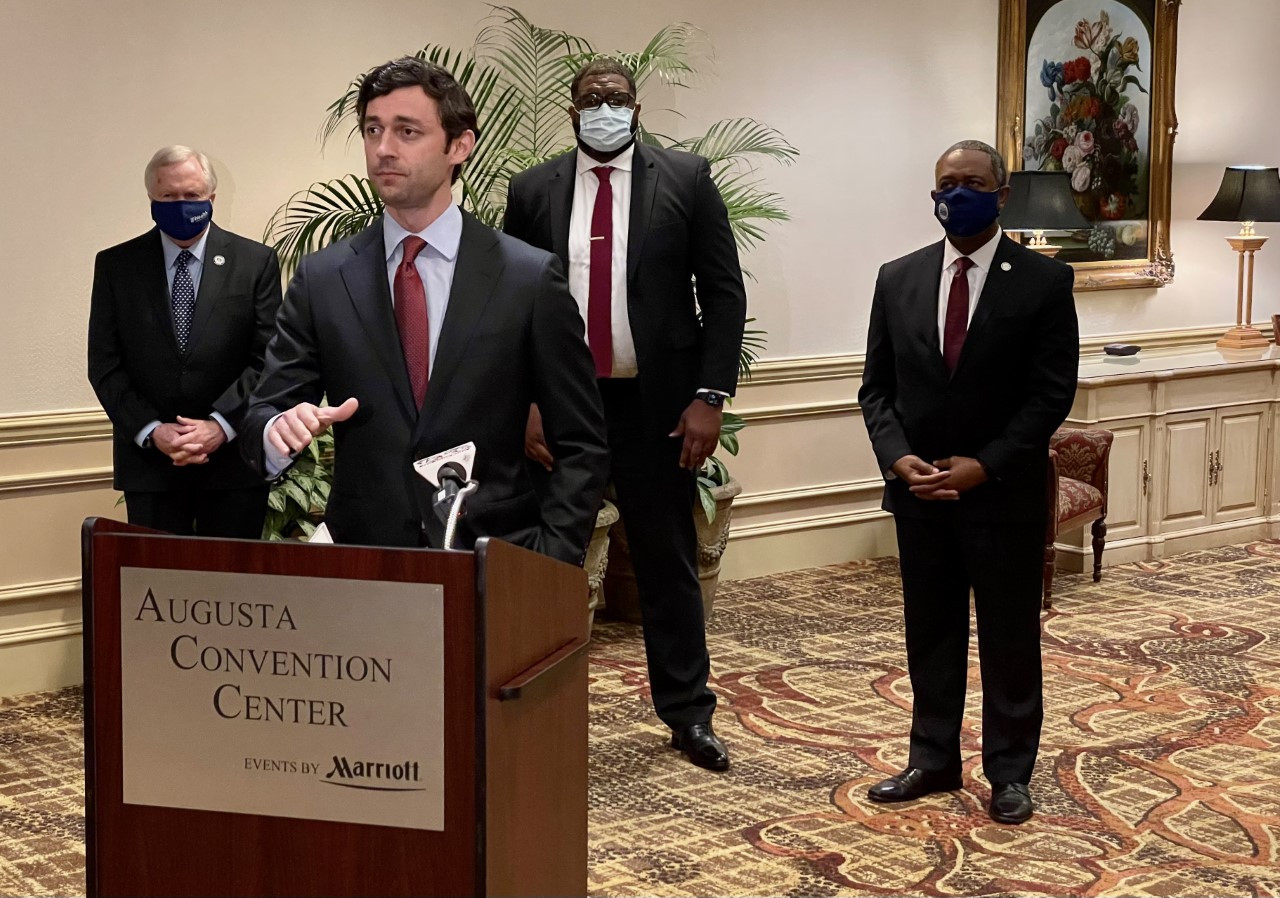 AUGUSTA, Ga. – In Augusta to promote and discuss the American Rescue Plan, Sen. Jon Ossoff touted the plan’s millions for the local government and help for working families.

The plan is “gets cash money relief to the people” in the form of $1,400 stimulus checks and new child tax credits while bolstering governments through direct payments, he said.

Ossoff said the child tax credits – taken on next year’s income taxes but being paid to families this year in monthly installments – will increase a family’s income substantially, he said.

In addition to the stimulus payments and child tax credits, Augusta’s consolidated government is set to receive a direct payments of an $84.5 million – an average of $420 per resident – while Mayor Hardie Davis said Tuesday the city’s eventual total may exceed $100 million.

Area Republicans have trashed the plan. Rep. Jody Hice, who represents Harlem and Appling, claims “91%” of the bill has “nothing to do with COVID.” The remaining 9% excludes the stimulus checks, expanded unemployment benefits and aid for public schools.

Funding for state and local government “fiscal recovery” represents about a fifth of the $1.9 trillion bill.

Ossoff said the child tax credits – taken on next year’s income taxes but being paid to families this year in monthly installments – will increase a family’s income substantially, he said.

A family of four earning $100,000 a year with children ages 5 and 7 will receive more than $12,000 in relief, between the stimulus checks and child tax credits, he said.

Augusta will receive approximately $84.5 million in direct assistance from the American Rescue Plan and other local governments are getting hefty payments based on population.

Ossoff said the consolidated government could use the funds – which do not include Georgia’s combined $4.5 billion for public schools – “to keep police on the beat, EMS working, fire services active; invest in infrastructure if that’s what the community needs; to make sure there are not abrupt job losses in the public sector.”

Asked if Augusta has a plan for spending the money, Ossoff deferred to Davis. The mayor said Augusta already has shown support for businesses by waiving liquor license fees and has provided over 100 small businesses with relief grants. The city also has distributed rental assistance to help an estimated 1,800 families who asked for it.

Davis said city priorities for the funds might be replacing lost savings, homelessness and affordable or workforce housing.

The funds are “a generational opportunity for our community, so we want to make sure that we don’t simply put off our money on the street or be irresponsible,” City Administrator Odie Donald II said.

“We want to do it the Augusta way, which is making sure we’re prepared not only for now, but for the future.”

That might mean asking community members to help develop a proposed list of projects, he said. Fortunately, the government has through 2024 to spend the money, he said.

The Brookings Institution, a centrist think-tank, recommended last week that local governments use “the largest positive fiscal jolt to their budgets in decades” to create a “trajectory of inclusive economic growth.”

“The stakes are high. The money needs to move fast and be deployed smartly and equitably. In 10 years, we may look back at this time and ask: Which places merely spent their money, and which places invested it?” Brookings writers said.

Schools to receive funds as well

The numbers are preliminary, but the Richmond County School System will receive $112 million in funding from the American Rescue Plan to reopen safely and expand opportunities for needy students.

Sen. Jon Ossoff’s office released the figure Wednesday at the request of The Augusta Chronicle for area system numbers.

Columbia County Schools will receive less than a quarter of Richmond’s amount, roughly $24 million, according to the office.

Funding amounts are based on the proportion of Title 1 funds (for schools with at least 40% of students from low-income families) the systems received in 2020.

The funds can be used to reduce class sizes, modernize HVAC systems and accelerate vaccine, health and mental health programs.

Bill could make ‘to-go’ alcohol a thing, but not everyone is on board