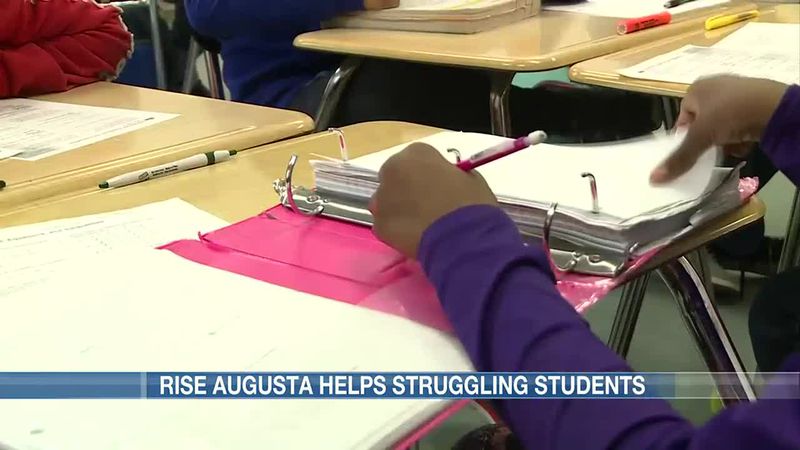 AUGUSTA, Ga. – It’s been almost a year since some students have been in a classroom. Many have had to learn from home through this pandemic.

And no matter how hard parents try to help their kids, it’s inevitable that some are falling behind.

But one local organization is working to bring them back up to speed.

Laurie Cook is the executive director for Rise Augusta, and she says literacy seems to be a big problem in low-performing schools and areas with high poverty.

“It’s devastating for poverty families,” she said. “It ranges to almost from 34 to 50 percent of our kids in Richmond County live in poverty homes kids entering elementary school a lot of them are about 56 months behind their school in language development.”

She says the pandemic has made the problem much worse, with an inconsistent flow of school that has kids who are already struggling to perform even lower.

“They are doing everything they can but it’s just so many kids behind… If you already aren’t learning well in school, if you need a lot of extra help, now you are at home and your kind of left on your own,” Cook said.

And she says it’s an uphill battle for schools to get students back on their grade level.

That’s why Rise Augusta is working to expand its reach even further and hoping to stop the cycle of poverty through education beyond the school grounds.

“What we want to do and what we are working towards is expanding it probably pre-K all the way to adulthood,” Cooke said.

She says most students struggling with literacy typically have family that struggles with reading on a grade level as well.

That’s why they’re partnering with different groups as well as school administrations to break the continuous cycle in poverty communities.

“If we don’t get behind it, it only gets worse,” Cook said.

Rise Augusta says they are working on a center called The Hub in the Harrisburg area so they can help that community too.

Looking for some Halloween fun? Here’s a list of Augusta area events